In most states in the US, the law provides you to either divorce your spouse absolutely or partially. And in Maryland, the option for absolute divorce is available. Limited divorce means legal separation.

There are eight options available for absolute dissolve bonds of matrimony in Maryland and some of them can overlap. For a better understanding, note that there are two options of separation. On one case both the spouses can agree to live separately for a year and in the other, the spouses can live together without the consent of the other. In such cases, you can file for desertion if you haven’t consented to the separation.

The eight grounds for absolute divorce:

No-Fault vs. Fault Grounds for Divorce.

There are two types of grounds: a no-fault dissolution of marriage, and a fault of a spouse. Let’s check out the differences between the two. 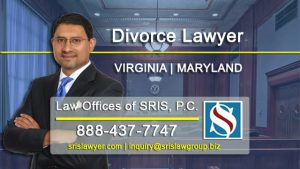 To file for dissolution of marriage one of the parties must be a resident of Maryland. The period of stay in Maryland will depend on where the grounds for dissolve bonds of matrimony occurred.

Corroboration was generally provided by the testimony of a third party. But this is not a requirement any longer. A court may enter a dissolve bonds of matrimony decree on the uncorroborated testimony of the party seeking the dissolution of marriage.

A 12-month separation is a “no-fault” ground for absolute divorce. Before filing for dissolution of marriage, the spouses must have lived separate and apart without cohabitation for 12 months and without interruption.

Mutual consent is a newer “no-fault” ground for absolute dissolution of marriage. A court may grant an absolute divorce on the ground of mutual consent, without a waiting period.

One of the fault-based grounds for divorce is Adultery and there is no waiting period for this ground. If a party claims and proves that his or her spouse committed adultery, the court can grant the divorce immediately.

It is not enough for your spouse to simply admit to adultery. You must prove it by providing evidence such as text messages, photographs, emails, etc. In case the offending spouse is the husband and a child is born through adultery, this is usually enough to prove a claim of adultery.

There is no clear indication of how adultery relates to same-sex marriages. However, the Maryland Attorney General has issued an opinion suggesting that adultery should include “a spouse’s extramarital sexual infidelity with a person of the same sex.”

Adultery may be a factor in determining the right to alimony and custody of the children only if the court determines that the adulterous behavior has a bad effect on the children.

Desertion is a fault-based ground for divorce. Desertion may be actual or constructive.

To prove actual desertion, the spouse seeking the divorce must prove every one of the following conditions:

Constructive desertion also requires proof of the above elements but the most common justification for constructive desertion is cruelty. If a spouse’s cruelty was the reason the other spouse left the home, the court may consider the spouse who remained in the home to have deserted the relationship because of how he or she acted.

In constructive desertion, the court will consider the following factors:

A spouse’s cruelty can be a fault-based ground for divorce where the conduct endangers the life or health of the other person or their minor child and makes cohabitation unsafe. In most cases, physical abuse is involved.

Even a single incident of cruelty can be a ground of divorce if proven the party intended to cause serious bodily harm or is brutal enough to threaten serious danger in the future.

Cruelty as a ground for divorce can also include mental abuse. In such cases, the spouse’s behavior must show that he or she planned to seriously damage the health or permanently destroy the happiness of the other person or their minor child. Also, there must be no reasonable expectation of reconciliation.

Also note that marital neglect, rudeness, and using profane and abusive language will not amount to cruelty or excessively vicious conduct. Generally, serious domestic violence or other cruel actions are required for these grounds of divorce.

There is no waiting period for these grounds and the victim spouse may file for divorce right away.

Conviction of a Crime:

To obtain a divorce based on conviction of a crime, you must show that your spouse:

Permanent and untreatable insanity is a fault-based ground for divorce. In the context of absolute divorce, a spouse is considered permanently incurable if:

Maryland’s laws pertaining to grounds for absolute divorce require that you wait some period of time before you can file. This can cause issues for spouses who need monetary support because the court has no powers to make temporary orders for such things until you file. In addition to the one-year and two-year separation periods, you can’t use the imprisonment ground unless a criminal court sentenced your spouse to three years or more and he actually served a year of that sentence. The insanity ground requires that your spouse be institutionalized for a minimum of three years.

The effect of Maryland’s absolute divorce is similar to a divorce. The couple is divorced and can remarry. Also, the spouses have no interest or liability in property or for debts the other spouse acquires. Custody and visitation terms are set, alimony is awarded where applicable and your marital property and debts are divided between you.

Our Maryland Divorce Lawyers can help you with your absolute divorce case in Maryland. Call us at 888-437-7747. Our Maryland divorce attorneys look forward to helping you. C