A charge for Owning or Frequenting a Bawdy place Virginia – How to Defend?

Elements of the Offense 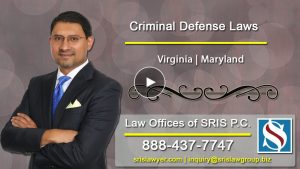 If you are facing a charge with accusations that you frequent a bawdy place or operate a bawdy place, you should never hesitate to hire a skilled Virginia lawyer. Our attorneys at The Law Offices of SRIS, P.C. can formulate quick strategies that may help you get the charge dismissed.

In Virginia, the offense of operating a bawdy place or visiting a bawdy place is considered a class 1 misdemeanor and the penalties that can be imposed under VA Code 18.2-347 include a jail sentence of 12 months and a fine that can extend to $2500.

What is a Bawdy Place?

Generally speaking, it is a house or a property that is used as a shelter for individuals intending to indulge in unlawful sexual activity that is explicitly prohibited under law. Such sexual activity is prohibited as it is considered a public nuisance. Another term that is connected to a bawdy place Virginia is gaming houses. Properties or houses used for such activity are considered immoral places. The general public does not prefer to reside near such houses. A bawdy place Virginia is considered a house of ill fame. The bawdy place definition is clearly provided under VA Code 18.2-347. If you maintain or frequent bawdy place, you may be considered someone who is willingly being involved in acts of disrupting public morality and peace. If you reside in a bawdy place, you can be charged. Under VA Code 18.2-347, your acts are punishable as a class 1 misdemeanor. In Virginia, if anyone resides at a house where immoral activity involving lewdness, assignation, or prostitution is conducted, then the act of residing at such house is punishable under law.

If you find yourself in the unfortunate situation of facing a bawdy place Virginia charge, schedule a consultation with our lawyer at The Law Offices Of SRIS, P.C. We will work out the most suitable strategies to get your charge dismissed. Our team is known for the persuasive methods we use in aggressively arguing in the client’s defense. Call our team right now!!

What are the Consequences of Being Convicted of a Bawdy Place Virginia?

If one is convicted for an offense that charged him/her with “keep or reside in bawdy place” or “frequent or visit bawdy place”, then a 12 months jail sentence and $2500 fine can be imposed. However, imprisonment and fine are not the only consequences you have to face there are other consequences of a bawdy place Virginia conviction that may haunt you in the future. A conviction for a bawdy place Virginia is similar to a prostitution conviction. In Virginia, convictions for such charges severely affect one’s reputation in society. Your friends are no longer willing to interact with you. You no longer have a social circle. Everyone has their doubts about associating with you. The immoral nature of these Virginia charges destroys your standing in society. You will be terribly distressed knowing that the hard-earned reputation has been destroyed by this single conviction.

In addition to the social implication of a prostitution-related conviction in Virginia, there are other consequences that an individual can face due to this conviction. In Virginia, anyone with this immoral conviction will find it difficult to get a job in the future. These days’ employers check the criminal history of the potential employee. Such inquiry is conducted so that the employer is satisfied with the moral conduct of the candidate. If you are ever shortlisted for such gainful employment, the possibility of your prospective employer finding the bawdy place Virginia conviction on your criminal record can eliminate all chances of being selected for the job. To avoid such a situation, you should never hesitate to consult with our lawyer to change the charge from a bawdy place Virginia charge.

Today, sexual relationships are viewed casually. It is considered his/her personal decision. However, Virginia laws penalize certain prohibited sexual activities such as prostitution. Being charged with prostitution-related offenses can bring unexplainable embarrassment to the accused. The possibility of being judged for these charges increases the humiliation involved. The fear of being judged for such conduct stops the accused from defending these charges and they proceed to plead guilty. In most cases, the accused is willing to pay the fine imposed and is even willing to go to jail instead of facing trial. However, pleading guilty is not the right decision in all cases. In some cases, you can get the charge dismissed if you take the help of a Virginia lawyer. A skilled lawyer can get you acquitted. Taking professional support is essential.

Before approaching our lawyer, you should bear in mind that we are not here to judge you. Our team will get all the facts of the case from you to decide the right course of action. We will protect your rights and interests at every stage of the criminal proceeding. Our team is familiar with the laws involved and can identify strategies that can help you win. Do not hesitate to call our lawyer at The Law Offices Of SRIS, P.C. No matter how complex the case, our team will get you a favorable outcome. Call us now!!