FORMULATING WINNING DEFENSES FOR SEX OFFENSES WITH THE GUIDANCE OF ATTORNEYS

How Do Penalties Differ?

One of the great fears of those charged with sex crimes in Stafford is that they may have to register as a sex offender. The VA criminal defense lawyer opines that the fear of being judged by society is more severe than the VA criminal conviction. To understand more about such sex offender registration, you should discuss your criminal offense with the VA lawyer. More often the accused in Stafford County give statements to the VA police before consulting an efficient criminal lawyer. This is a mistake. If you have been contacted by the police regarding a criminal investigation for a sexual offense, it is vital that you immediately contact a VA lawyer. The Stafford County lawyer you retain will explain the criminal consequences of providing incriminating statements and then retaining a VA lawyer. Sex crimes in Stafford County are complex and multifaceted, and the VA criminal prosecution will be building the most persuasive evidence against you. Experience is the best inference of whether a scrupulous VA lawyer will be able to provide you with the quality representation you need in Stafford County. Finding a VA sex crimes lawyer with the required experience in criminal law is a priority when defending sex charges in Stafford County. At The Law Offices Of SRIS, P.C, our VA lawyers have a proven track record of success and have represented several people charged with sex crimes in Stafford County. Our VA lawyer provides confidential consultation to discuss your case details and strategizes a winning criminal defense.

These charges are similar criminal offenses each involving some form of unwilling sexual penetration, say VA lawyers. The professional lawyer in Stafford County is aware that all three charges involve the use of threat, force, or intimidation, or the use of someone’s mental or physical disability to commit the offense. These criminal offenses are bundled up with complicated relationships especially when an existing or former romantic relationship is involved. Perhaps more so than any other type of criminal charge, rape cases in Stafford County are often based on manipulated versions of the alleged victim. The VA lawyer you engage for representation in Stafford County will tell you that the situation that leads to the criminal charge can be depressing. When you share an affable relationship with someone and, subsequently when the same person accuses you of rape, you are at a loss to comprehend the situation, say VA lawyers. If the accusation is made public, you can be marked with a stigma that follows you into your workplace or and can shatter your life. These VA charges require immediate professional support from a skilled Stafford County criminal defense lawyer.

To understand how the age of the minor victim is evaluated, the accused should have a frank conversation with the lawyer. Age in a carnal knowledge case is based on the actual birth date of the individual involved. The VA commonwealth lawyer only needs to prove that the plaintiff was aged 13 or older but younger than 15 years old. It does not matter if the accused did not know the individual’s age or thought he or she was older. Your lawyer will explain that generally the Stafford County sexual offenses involving minors usually involve the same criminal acts as sexual offenses against adults.

The VA lawyer you consult will apprise you that any activity you do for sheer fun can turn into a VA criminal accusation. What is more, in case you are convicted, you will not just face prison time, fines, and a criminal record in Stafford County, you will also be required to register as a sex offender. Due to the severity and heightened sensitivity of sexual offenses, you must have a qualified VA lawyer by your side. 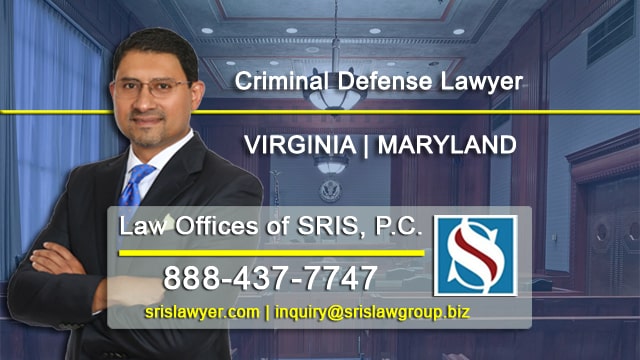 Repeated Sexual Assault and Violent Sexual Assault – This applies to an individual who repeats a sexual assault or violent sexual assault after release from custody, says the experienced VA Stafford County defense lawyer. The penalty for sexual assault is the maximum term for the most recent criminal conviction, and life imprisonment if it is a violent sexual assault.
Sex Offenses Prohibiting Proximity to Children This includes any individual who has been indicted for a sexual offense with a child and who is found loitering nearby a school, daycare, playground, or park that shares a boundary with the school. Offenders are also forbidden to work or volunteer at schools or daycare facilities. To know more about the restrictions that can be imposed on employment at workplaces located close to schools, speak to the knowledgeable lawyer at The Law Offices of SRIS, P.C.

Offenses Against Nature – It relates to somebody who has sexual relations with or attempts a sex act with an animal, say VA lawyers. This VA offense also punishes individuals who take part in different sexual acts with a family member, for instance, a child, grandson, or granddaughter.

Social media is addicting some teenagers to send or post suggestive content. If a teenager takes a sexually explicit photo of him or herself, or another teen, and then transmits it using a cell phone or posts it to social media, that teenager can be charged with producing, possessing, or distributing child pornography in Stafford County. Knowingly taking a sexually explicit photo of an identifiable minor, who was a minor at the time the picture was snapped, is all it takes.

This VA criminal charge is serious and requires professional assistance from a reputed lawyer. So a teenager who thought he or she was doing something personal and intimate can end up facing a very serious charge in Stafford County that can lead to serious consequences. Any VA teenager who receives that picture and texts it to another friend or shares it on Facebook or Twitter can likewise be charged with the distribution of child pornography in Stafford County. 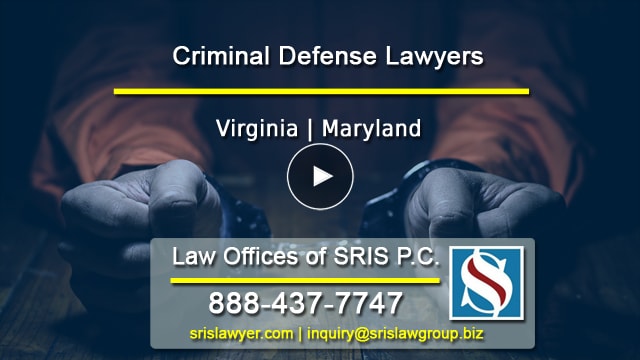 The VA defense lawyer you consult will explain how a serious conviction in Stafford County can throw that teenager’s entire future into jeopardy. Most Stafford County colleges ask about criminal convictions on applications, and a conviction could be grounds to deny admission. A VA conviction also could affect the teen’s ability to get a job or rent an apartment later on, since even juvenile convictions can stay on a person’s criminal record in VA.

To secure your rights and seek a favorable result for the VA criminal charges against you, a well-seasoned criminal lawyer will fully investigate and defend the allegations. Our VA defense lawyer in Stafford County will use proven defense tactics to reduce the charges against you. The priority of the VA defense lawyer you hire is to attain a dismissal in Stafford County.

One of the most common defenses by the VA lawyer is that the accused was innocent; he or she cannot have committed the crime because of an alibi proving the accused was not at the scene where the crime occurred. In developing this criminal defense, a skilled VA lawyer will try to establish if any contact was consensual and or if this is a case of mistaken identity in Stafford County. Here, the Stafford County lawyer intends to prove that the sex crime may have occurred, but the victim has pointed out an incorrect person. The highly qualified defense lawyer in Stafford County understands how the commonwealth lawyer approaches these types of criminal charges and will use this knowledge to help you.

The defense lawyer in Stafford County will seek to prove the victim’s consent to the alleged act of sexual misconduct. The lawyer focuses on consent as it disproves the charges against the accused. The VA rape cases often hinge upon the idea of consent or lack of consent. Consent is an absolute defense to rape, forcible sodomy, or object sexual penetration charges. If there is enough evidence of consent to create reasonable doubt, a rape defense lawyer may be able to convince the Stafford County criminal court to reduce the criminal charge or dismiss the case.

Proving your innocence can be tricky in a Stafford County criminal case. The VA commonwealth lawyer needs strong evidence to show a judge or jury what were your intentions. Being able to cast doubt on the commonwealth lawyer’s version of the facts may result in your criminal case being dismissed, or your penalties being reduced.

Sexual crime cases in VA often come down to witness testimony and seemingly small details. An experienced VA criminal defense lawyer can go over all of the details and recognize what might throw the criminal prosecutor’s case into question, or raise questions about whether a witness stands to gain personally, such as benefitting in a divorce or child custody case, by making such a criminal accusation.

Our VA lawyer in Stafford County will take aggressive steps toward proving your stance, including filing criminal motions, subpoenaing witnesses and evidence, moving for a case dismissal, and working out a plea deal. The goals of most sex crime defenses in Stafford are to exhibit the lack of credibility of the prosecution’s evidence, undermine the prosecution’s witnesses and prove the innocence of the accused. Contact our sex crimes lawyer at The Law Offices Of SRIS, P.C. for unique strategies applicable to your criminal case.