A divorce can consume a lot of time and energy. Not all people are fine with the length of a divorce and the time spent on it. In several cases, spouses proceed with dating while separated. The period of separation mentioned here refers to the mandatory time constraints during which a couple is expected to reside under different roofs before the initiation of the actual court procedures. 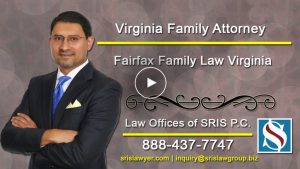 Legally the court considers a person married until the final divorce papers are approved. A lawyer would usually advise a person to stay cautious upon considering dating while separated. A knowledgeable attorney would also advise an individual to avoid taking things too fast when it comes to dating while separated. The most crucial aspect of dating while separated is the involvement of kids. If a divorce-desiring marital party has been spotted dating while separated, despite having under-aged kids, the former is required to consider the preferences and feelings of the latter before beginning to introduce the new romantic partner to the kids and other members of the family.

The Virginian family law only allows two provisions for a married person, namely the individual can either be married or divorced. Even if the couple is found to have been living separately for years together without getting a divorce, the spouses are legally recognized to be married and unavailable for relationships outside the marriage. Similarly, if divorce-seeking marital partners are found to be dating while separated, the state law acknowledges them as people, who are indebted to stay loyal to their marriages and spouses at least until the approval of the divorce decrees.

Can you date during divorce? without having to worry about going against the Virginian family law? The answer to this question is ambiguous and subjective. Dating while separated is not specifically acknowledged to be illegal in Virginia but the same may deliver increased risks. Discussed below are some of the risks of dating while separated.

Dating while separated is not explicitly called out to be illegal in Virginia. But can you date while separated without having to worry about getting accused of infidelity? The answer to the previous question is ‘No’. The act of having an illegitimate (romantic/sexual) affair with an individual outside marriage is legally termed adultery.

Can you date while separated without having to worry about the rejection of custodial rights?

The answer to the above question is ‘No’. Dating while separated can turn consequential specifically during circumstances wherein a dating spouse is found to have kids. The custodial arrangements of children are drafted solely considering their interests and requirements. A child may become uncomfortable with having to meet or accept a new member into the family that has already lost structure and compactness as a result of the decision of the parting couple. Additionally, dating while separated can also result in little to no time allocation for spending time with the children since the dating spouse now has a new relationship to pursue.

Other consequences of dating while separated

A legal matrimonial split can be physically, emotionally, and financially taxing. Dating while separated just aggravates the issues that are presently at hand. An aggravated set of concerns will only lead to more legal complications and additional expenses. Dating while separated can also result in delaying the union of the newly formed couple in the future. Regardless of whether or not the divorce was planned mutually by the couple, it would be sickening for individuals to see their partners dating while separated. Dating during separation or posting pictures with the newly met romantic partner or expressing the newly bloomed love on social media platforms can make the other partner uncomfortable. In several cases, spouses tend to stop communication with each other just because one of them was found to be dating during separation. This disruption in communication can result in unnecessary court interventions for the resolutions of issues that would have found settlements without the involvement of an external party if not for the new affair.

The Virginian legislation does not have the authority to dictate its citizens regarding their personal choice of lifestyles like recreation, concerts, romance, etc. Sex is the only aspect that is partially open to the restrictions that are recognized by the Virginian law. Dating, in general, is not unlawful but dating during separation can land a person in legal trouble.

The impact of dating during separation on asset divisions

Apart from child custody, asset division is another provision that is greatly affected as a result of dating during separation. Can you date while separated without having to lose deserving portions of marital assets? The answer to this query is ‘No’. A mere piece of evidence validating adultery can encourage the court to grant a large portion of the assets to the victimized spouse. The Virginian marital law recognizes the equitable separation of properties during a divorce. Equitable division of properties refers to the act by which marital assets undergo fair and justifiable divisions during the parting of a couple. Thus, if the court finds out that a portion of the marital properties was used on the newly found romantic partner of one of the spouses, the other spouse has a high chance of being bestowed with a larger allocation of assets.

The Law Offices of SRIS, P.C. is one of the most trusted legal associations in Virginia. We have dealt with a large number of cases and thus, our lawyers have hands-on experience in resolving any kind of legal issue. The legal system of Virginia has major complications that require proficient legal assistance for better apprehension.

The attorneys at the Law Offices of SRIS, P.C. can help with understanding the risks of dating while separated. We have been deemed trustworthy and reliable by our previous clients. Our guidance has always been useful for acquiring favorable legal settlements. We make ourselves approachable and public-friendly to easily achieve the required level of comfort with our clients. Reach out to our firm to schedule a consultation with our professionals at the earliest to minimize legal damages.