Loudoun County has a population of approximately 415,000 people and that number is growing larger with every passing year. Loudoun County has the highest median income in the country. It also has one of the best school systems in the US. Indian residents are becoming more actively involved in the social, community, education and cultural aspects of life. The Loudoun, Virginia area has attracted a high-skilled workforce in the IT industry, in medicine and in other services from India. Furthermore, Loudoun County has one of the largest growing Indian, Pakistani & Bangladeshi populations in Virginia.

These three groups constitute a growing, dynamic, and successful population in Loudoun, Virginia, but they also face a number of marital issues such as divorce, custody, child support, domestic violence, protective orders, etc. Indian heritage influences the divorce process, both in India and in Virginia. Indian – American family attorneys must examine and properly negotiate, treat, and be responsible for the growing number of South Asian Americans and their families. When South Asians divorce or have family problems, they must understand their rights and obligations as family members. 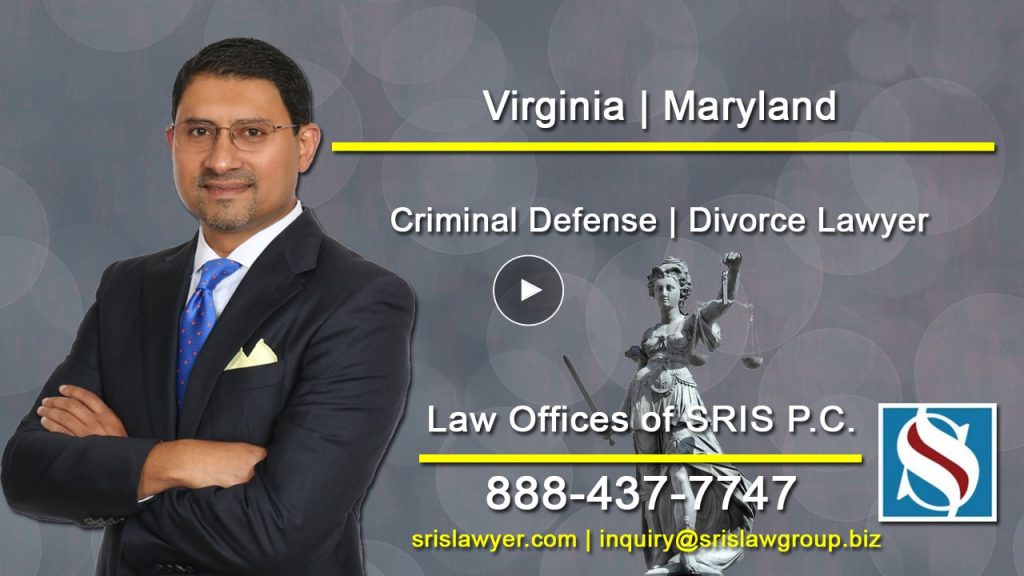 Keep in mind that if your divorce certificate from India contains strange foreign provisions that are incompatible with US law, you should not expect US courts in Loudoun, Virginia to enforce these provisions. Furthermore, some judges may have prejudices that India is a dangerous and corrupt place, but you have to keep in mind that most judges and court personnel have never been to India.

There is not a multilateral agreement between India and the United States which provides for the right of parents to return internationally abducted children to their custodial parent. If the judge finds that the parent who brought the child to India to travel with him or her is not a flight risk, the judge will usually allow such travel, provided both the travelling parent and the child has a valid visa from the United States allowing such travel and has a reason to return to the US. If you are the parent who opposes the child travelling to India with the other parent, then you will want to draw the Court’s attention to the fact that India is not subject to international law, and that India is not legally obliged to follow a court order from a Loudoun County Court, since India is not a signatory to the Hague Convention as it relates to children.

Since India is not a party to the Hague Convention, Indian courts are not obliged to comply with custody orders from US courts in Loudoun County, Virginia.

This is a very important component in a divorce when a party from India, Pakistan or Bangladesh is divorced in Loudoun County, Virginia. Most divorce lawyers in Loudoun, Virginia think the only way the appraisal can be brought before the court is to have an expert fly from India to testify about the value of the property, certify himself and then give credible testimony about its value. This is not true. The Virginia Code does allow for experts in a foreign country to be deposed, but this is not easy.

Jewelry commonly used as a wedding gift can be worth thousands of dollars in India, so it is important to keep jewelry from India out of your spouse’s possession in the event of a divorce in Loudoun, Virginia. If one of the parties suspect marital problems during the marriage and is anticipating a divorce, the jewelry can easily disappear. Since jewelry is usually a gift, it becomes difficult to properly estimate and evaluate it in order to determine its value.

If you have jewelry from India and it is physically in the US, you can have it appraised and let the court decide how best to distribute it, otherwise, as already mentioned, it could disappear. Another complication is that the jewelry given at the time of the marriage may be only given to one of the parties. Thus a legal question may arise as to whether the jewelry is marital or separate property. In addition to jewelry, it is important to consider whether you want to leave your home during a divorce when you have minor children living in the home.

Another aspect of divorce in Loudoun, Virginia is how parents make religious choices for their Indian children. The primary religions in India are Hinduism and Islam, but there are many Indians who are of the following faiths: Christianity, Judaism, Buddhism and Sikh.

Whether you are Hindu, Muslim or Christian, you can make an agreement that guarantees that your child will grow up in a particular faith. When representing clients from Southeast Asia, an Indian divorce lawyer can help ensure that the couple’s upbringing of their child is consistent with their religious beliefs.

People who marry in India after immigrating to the United States are often married under India’s Hindu Marriage Act. The purpose of India’s Hindu marriage law is, among other things, to establish a uniformity of marriage law between Hindu and non-Hindu couples. It lays down the uniformity and conditions necessary for marriage and also provides for the legal process of separation and divorce. Without these conditions, a marriage may be invalid or invalid for any reason, such as adultery, adultery with another person, sexual abuse, child abuse or incest. The Law Offices Of SRIS, P.C. has represented clients who have been married under the Muslim Marriage Act, Indian Christian Marriage Act, Anand Marriage Act. Our law firm is also familiar with the Dowry Prohibition Act, Foreign Marriage Act, Parsi Marriage and Divorce Act and Protection of Women Against Domestic Violence Act.

Islamic law provides for a religious contract called Mahr, which can function as a premarital contract, but cannot be enforced because it may not be compatible with US public policy. Even if you obtain a dissolution of marriage under Islamic law, you must go through additional divorce proceedings in Virginia in order to have your divorce recognized in the US. Understand that you can obtain a divorce in Loudoun, Virginia, but you will have to go through the same court procedures that everyone else goes through to obtain a divorce in Loudoun, Virginia. If you need to obtain a divorce in India, it is best to seek advice from an Indian lawyer on how to file for a divorce locally in India.

It is important that the Indian divorce lawyer you hire for your dissolution of marriage in Loudoun, Virginia knows and respects both the culture and the tradition of Hinduism, Islam, etc.

If you need help of skilled Indian divorce lawyers in Loudoun, Virginia, call the Law Offices Of SRIS, P.C. for help. Our law firm has been handling divorces in Loudoun, Virginia for over 23 years. We understand that as your Indian lawyers, it is our job to help guide you through the process as efficiently and as economically as possible.