Do Not Suffer Domestic Assault, Get A Virginia Lawyer Now

It is very stressful to handle domestic violence cases in Virginia, not just for the victim but for the police and lawyer too. Victims, generally, do not open up with the police or lawyer, for the fear the abuser might hurt them again. The state of Virginia clearly states that it is crime to injure or attempt to injure any member of the household. Also, the law makes it clear that it is an offense to violate restraining orders. Speak to a skilled domestic violence Virginia lawyer at the Law Offices of SRIS, P.C., if you are facing violence from a household member.

Domestic assault in the eyes of the Virginia lawyer 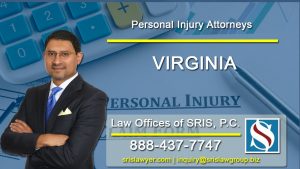 Accusations of these types are lodged against individuals who harm, injure, or torture the members of their own family. Charges related to household assault, observed within familial structures, are recognized as battery against the members of the same households. Your lawyer will tell you that offenses of these kinds are acknowledged as misdemeanors of class 1, which could potentially incur penalties including incarceration for a maximum of I year. The husbands, wives, children, grandparents, partners involved in a romantic relationship, roommates, etc. generally stand as victims in these cases.

People threatening to physically hurt a fellow member of their household due to which the latter encounters heightened fears of immediate harm are also prone to penalization and legal consequences. However, the work of a Virginia lawyer becomes challenging while dealing with cases that involve individuals who claim to have had received threats from familial acquaintances. In this scenario, a domestic assault Virginia lawyer will have to provide adequate pieces of evidence to prove that the abuser, while issuing threats, had high possibilities and abilities to inflict imminent injuries to their clients.

A competent domestic assault Virginia lawyer is well aware of the fact that menaces through phone calls and messages are legally inept to accuse an individual of household aggression. Therefore, the credibility of the proofs, submitted by the domestic assault Virginia lawyer, during these situations is an integral component that directly influences the very outcome of the lawsuit.

The nature of apprehension

The domestic assault Virginia lawyer is highly cognizant of the fact that the state legislation recognizes different ways of approach to handle convictions that were registered on the grounds of battery and regular attacks. Police officers, upon possessing sufficient evidence and reasonable causes to claim the commission of the household assault, have powers to apprehend individuals, who predominantly induced the physical attacks. In the cases of simple battery lawsuits, the victims are entitled to file complaints against the attacker. But when it comes to regular battery charges, the individuals attacked need not have to complain against the offenders in the first place. The police themselves can take cognizance of these scenarios. Therefore, while handling lawsuits concerning assault and battery, the domestic Virginia lawyer accesses and utilizes these complaint papers prepared by the police officials to strengthen the claims put forth by their clients who stand as victims.

An arresting officer, who has all probable cause to accuse the offenders of household assault, can initiate arrest and take the latter under custody, unless and until the situation demands a varied mode of action other than apprehension. If you are anticipating an arrest, call your domestic assault Virginia lawyer without delay. If the investigating officers arrived at the crime scene after the escape of the attacker, the former, upon confirming the commission of a household offense, will have to appeal to the courts to obtain arrest warrants against the latter. In these cases, the police officers are the primary complainants or plaintiffs as they file charge sheets and initiate the litigation in the first place. All convictions falling under these categories possess strong foundations due to the interference of the police force. Therefore, it is advisable to seek guidance from an effective domestic assault Virginia lawyer to better meet all legal issues.

Under many circumstances, victims place petitions requesting expunction of charges filed against the attacker. A few of the people attacked get into contact with the domestic assault Virginia lawyer, representing the state, and place petitions to drop some or all accusations filed against the predominant aggressors. Once registered, charges can never be removed or deleted easily. Even the most competent domestic assault Virginia lawyer finds it difficult to bring in modifications to a prevalent allegation.

However, the most important fact to be noted in these scenarios is that the victims do not initialize lawsuits, regarding domestic assault, at the court. They just act as mere witnesses and exhibit no control over the cases. It is generally the police officers who themselves register convictions against the offenders on a reasonable basis. Thus, a prosecutor incurs complete dominance over lawsuits that belong to these types. A reputed domestic assault Virginia lawyer, execute major functions that influence the course of all household assault cases.

The state codes that govern the lawsuits, define household aggression as an act executed by a person that assaulted, imposed threats, or utilized force to incur bodily injuries on the family or household members of the attacker. Mere threats issued, that intimidates a victim, who thereby experience reasonable fear of sexual harassment, physical assault, and death, can also bring in serious legal consequences. Illicit stalking, sexual crimes, or any other criminal conviction, that endanger and challenge the well-being of any household member, are punishable according to the Virginia laws. Whether you are a victim or a defender, contact the domestic assault Virginia lawyer at the Law Offices of SRIS, P.C. immediately.

The state jurisdiction has also acknowledged various household members, who make up a familial unit. People who have injured a person who does not fall under the following criteria can contact a skilled domestic assault Virginia lawyer to seek clearance from all assault charges (However, the former is legally prone to penalization for regular battery).

Individuals belonging to the above-mentioned categories, irrespective of whether or not they live under the same roof, are considered to be the family members of an attacker.

Recognition of a physical aggressor

People claiming to have not initiated household assault in the first place can seek guidance from an efficient domestic assault Virginia lawyer, who will assist in the withdrawal of unreasonable charges registered. An experienced domestic assault Virginia lawyer is highly cognizant of the terms that determine and recognize predominant physical abusers, who play major roles in the development of the case.

Therefore, a domestic assault Virginia lawyer will have to concentrate on the following criteria, before placing a petition requesting the removal of unjust conviction lodged against their clients:

Unreasonable claims put forth by the victims potentially get denied at the time of trials. Therefore, ascertain clarifications, on the legitimacy and validity of the norms put forth in these protective orders, from experienced domestic assault Virginia lawyer to ensure speedy approval of the same.

Felony strangulation is a serious form of domestic violence and a lethal assault. If you are a victim of this form of domestic violence, contact the Law Offices of SRIS, P.C., and our lawyer will not only protect from further attacks but also get you justice. It could leave the victim unconscious or dead. People found to have blocked the blood circulation or respiratory passages of a person, intentionally or unknowingly, are charged for strangulation in the state. Upon working with the best teams that encompass an efficient felony strangulation lawyer, individuals avail aggressive defenses, irrespective of the latter being defendants or plaintiffs.

The significance of felony strangulation

Strangulation is a class 6 felony charge and if you are a victim of the crime contact the Law Offices of SRIS, P.C., and our lawyer will protect your interest. The penalty for class 6 felonies consists of imprisonment for one year but not exceeding 5 years or based on the discretion of the jury. If the case is tried without a jury, the confinement term is a maximum of 1 year or a maximum fine of $2500 or both.

Domestic Violence Virginia lawyer provides physical, emotional, and legal support to their clients. Therefore, assistance from the best domestic violence VA attorney proves to be an integral component of all violence cases. Do not hesitate to get in touch with the Law Offices of SRIS, P.C. for complete guidance on your case.