Tormented by a DUI Law VA charge – Contact us

Being caught for driving under influence in VA can be an unfortunate incident that will trigger a highly regrettable chain of events. You have the option of dealing with this in a calm manner if you retain a DUI Law VA attorney who can devote himself to the task of achieving a positive outcome in your case. This positive outcome is most likely a dismissal of the charge or a reduction of the DUI law charge in VA. For an acquittal or reduction, you should approach a DUI law VA lawyer who not only claims that he has succeeded in cases with similar facts like yours but consult one who actually will try their best for success.
If you are tormented by legal questions about your DUI Law VA charge, reach the experienced VA lawyers at the Law Offices of SRIS P.C. to relieve yourself from your fear of legal consequences. We have answers to all your doubts concerning your DUI Law VA charge. Do not disregard any doubt you may have and torment yourself in silence. We are here to ease your burden, talk to us and count on us to help you get the best possible outcome for your DUI Law VA charge based on the facts of your case.

How serious is a DUI charge in VA law?

Offenders in Virginia commit the mistake of taking the DUI Law VA charge lightly. Assistance from an experienced DUI Law VA attorney, who can handle your case with strategic defense, is the need of the hour. If expert advise is not sought at the right time, you may end up with imprisonment, license suspension and fine. If your career depends on a clean driving record, presence of DUI charge on the record will bring other collateral consequences including loss of job. If you wish to avoid such effects, consulting a DUI Law VA attorney experienced in handling DUI law VA cases is a must do. 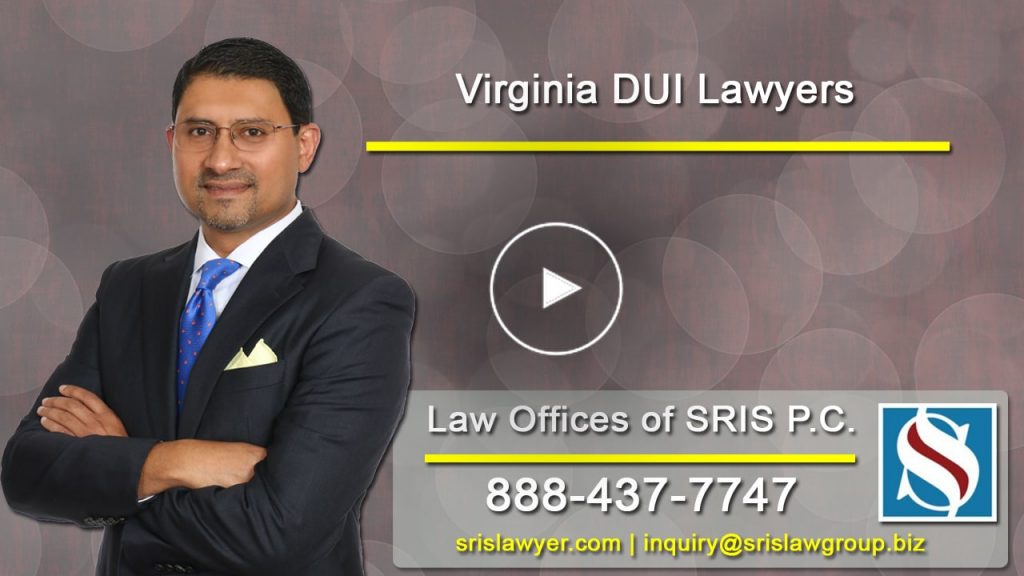 How does a DUI law VA lawyer assist in your DUI case?

A DUI Law VA attorney puts in his/her expertise and experience to build a strong defense and strategies about the case. In case a dismissal is possible, the DUI Law VA lawyer will work it out by putting his knowledge to best use to mitigate penalties.

Can DUI be charged when accused was not driving the vehicle at the time of arrest?

It can be shocking for you to know that the mere act of sitting in the driver’s seat in an intoxicated condition can lead to a DUI charge under VA law. According to the Supreme Court of Virginia, a person is regarded as driving the vehicle if it is in their physical control. There have been a number of cases where a person merely behind the steering wheel with the key in the slot has been convicted of DUI under VA Law.

An accused has been held by the VA courts to be in physical control of the vehicle if:

However, it should be proved that the vehicle was in driving condition. The VA courts have repeatedly held whether or not the accused was found to be violating the DUI laws in private property does not affect one’s culpability for the offense.

When is a person considered to be “Under the Influence” under VA Law?

The term “Under the Influence” is quite a complicated term and to prove that the defendant was under the influence when he was charged with DUI will be the burden of the prosecution.

As per the DUI Law VA, impairment means the driver was under the influence of intoxicants so as to affect his/her:

The cops will testify in the court their observation of slurred and incoherent speech, swayed walking, and trouble in balancing. Along with this, any confession on drinking alcohol is enough to establish that the driver was in an inebriated condition under VA Law.

What is BAC under DUI Law VA?

In determining if a person is legally intoxicated under VA law, blood alcohol levels play a vital role:

Based on one’s blood alcohol level, DUI is charged in VA.

How does law enforcement determine defendant’s BAC under VA law?

Virginia DUI laws specify different BAC levels for different intoxicating substances. For driving under influence charge, the intoxication may be even due to drugs.

If an offender operates a vehicle when his intoxication level in blood is above the following specified limits, DUI is charged under VA law:

All drivers in Virginia should must consent to a blood test or breath test if an officer requests. If the driver has been lawfully arrested, the VA officer can request the driver to subject himself to the breath test or blood test. Virginia DWI law stipulates that the driver does not have the option to select which kind of chemical test he or she will receive. If you should refuse to take the breath test, your license will be suspended, and if you have been convicted of a DUI in the past, or if you have failed a breath test before, refusal to take the test constitutes a misdemeanor under VA Law.

Can the results of a blood test be challenged under VA Law?

There are many ways to challenge a blood test in the DUI law VA case. To check the contents of drugs in the body, the VA officer has to disprove the blood test as a breathalyzer does not work in the case of drugs, it is only used for checking alcohol presence in the breath.

As per the DUI Law VA, the presence of alcohol can be tested using a breathalyzer test. The police officer orders a blood test if the person is not able to reach the machine to deliver a sample. The blood test is taken in the hospital and in most cases where the individual is treated for an injury due to the driving under the influence arrest. Suppose the driver is imprisoned and is incapable of handing over a blood sample, then the blood is collected at the jail. The blood tests are the most accurate when compared to the breathalyzer test but error is possible.

The DUI Law VA defines the minimum mandatory period of imprisonment and it is imposed as follows:

If you are charged with driving under influence for the first time, it would come as a big relief to you that for the first time DUI is considered a misdemeanor in Virginia. One’s offense will be categorized as a first DUI offense if the accused had no prior DUI conviction. For first offense, the offender may be imposed with imprisonment, fines and suspension of driving license. However if the alcohol concentration is high, the penalties may be more stringent.

Punishment for first offense driving under influence is as follows:

If you already have a DUI conviction on your records, you are probably worried about the second offense and the possible penalties. Second-time offenders should get in touch with a reputed DUI Law VA attorney as soon as possible. However, one consolation is the fact that the prosecutor may consider the second DUI a first offense if the gap between the first and second offense is more than 10 years. This comes as a blessing as the prison term will be eliminated or reduced.

Based on BAC level additional mandatory minimum is imposed 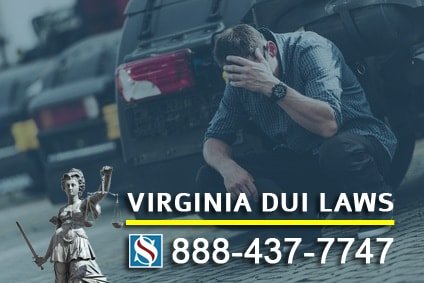 Also, for second offense within 10 years, mandatory minimum fine is $500.

For third DUI offense within 10 years, accused is held to be guilty of Class 6 felony and:

Also, for third offense within 10 years, mandatory minimum fine is $1000.

The minimum times a person is required to be in custody is for one or two hours. The driver is allowed to leave once he is sobered. There is a possibility that the accused driver will be permitted to ride even when under the influence of alcohol or drug but all this depends on the place of arrest. According to DUI law VA, the driver can be detained after the charges are slapped which includes court date. This happens in the case of repeat offenders and the court is not willing to grant a bond. In such cases, the accused driver is put behind the bars until the court trial. Generally, the accused driver will get a bond but in rare cases may be detained without a bond with the trial pending.

Is dismissal of the charge a possibility under VA Law?

The public prosecutor may not consent for dismissal unless it is critical to proving charges and the court rejects the evidence in a DUI law VA case. Sometimes, plea bargaining is suggested where the driver pleads guilty to a minor charge so that the public prosecutor calls off the severe charge. The possible charge could be reckless driving involving alcohol or drugs. According to DUI law VA, a charge carries similar penalties like regular reckless driving sentence except the judge includes additional penalties such as alcohol safety program or probation condition.

It is pertinent to note that refusal to take a breath test results in administrative suspension of driving license under VA law.

If you wish to reinstate your driver’s license, the following have to be established under the DUI VA law:

Virginia DUI law strictly makes it illegal for persons below 21 years to drink and drive. Social drinking is highly prevalent in high school and students can often be seen attending parties and be involved in drinking due to peer pressure. Such students are more or less likely to end up driving a motor vehicle in such an intoxicated state. For underage drunken driving charge under VA law, following are to be considered:

For underage drunken driving under VA law, the accused is guilty of Class 1 misdemeanor and is punished with forfeiture of one’s driving license for one year and fine of $500. For under age driving under influence, the accused is also imposed with performance of a mandatory minimum of 50 hours of community service.

The full-form of VASAP is Virginia Alcohol Safety Action Program. It is a program every person convicted with DUI has to mandatorly attend. In VASAP, the DUI offender attends an interview and his situation is analyzed to accurately evaluate the treatment required. Based on the number of classes specified the offender has to complete the classes which is a mandatory requirement for reinstatement of the suspended license under VA law.
DUI charges can easily alter the course of your life which makes it all the more important to take the consultation of a DUI Law VA attorney best qualified in the DUI field. An experienced DUI Law VA attorney will make sure of relying on a defense that will easily dismiss your charges.
The Law Offices Of SRIS, P.C. has driving under the influence lawyers who truly understand VA law as it applies to drunk driving charges. If you have been charged with drunk driving under VA law, call us for help. C