There is a general presumption that the DUI charges cannot be is contested. But if you have been charged with a DUI Lawyer Alexandria VA, or a DUI in Alexandria, Virginia, there are avenues by which the charge may be dropped or amended if you are guided by the right Alexandria/Arlington DUI lawyer.

The charges for driving under influence or DUI implies that you were found driving under the influence of alcohol or drugs, such as medical prescriptions. There are several punishments and penalties for such a charge and will include fines, jail term, and suspension of license for a period of time as provided by the law.

Upon hiring a DUI lawyer in Arlington, VA or Alexandria, he/she will make you understand the punishments for a driver convicted of driving under influence. The punishments include a fine, jail sentence and suspension of driver’s license. The fine for driving under the influence may go up to $2,500 depending on the court ruling but shall not exceed the amount mentioned herein as the charge is considered as a class one or misdemeanor.

The jail sentence for driving under influence charge may not exceed a period of 12 months. Apart from the jail term, the convicted driver’s license will be suspended for a period of time. The license suspension will depend on the decision of the judge hearing the case but it cannot be more than 12 months. 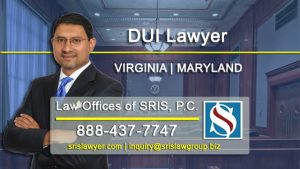 You need to know that a DUI lawyer or DWI attorney in Arlington, VA or Alexandria, Virginia has only limited defenses to prove that the claim against you is false. This is because a DUI charge is impossible to dismiss once the offender is proven guilty of the charge. The best way to have a DUI case dismissed is by finding flaws in the prosecution’s case. If the DUI lawyer in Arlington, VA or DUI lawyer in Alexandria, Virginia is able to have the charge dismissed or dropped to a lesser offense such as a wet reckless driving charge, then the case may be expunged.

What is Expungement? It means offenses related to driving under the effect of alcohol or medications may be erased from the driver’s open record. In most states in the USA, expungement can be done even if the driver is convicted but will be done usually after a certain number of years from the conviction. In Arlington County, Alexandria City and generally in the state of Virginia, the state law refuses to wipe out any offense from a driver’s record if you were found guilty of the charge. This implies the best way to cancel a DUI offense in Arlington, Virginia or Alexandria, Virginia is to have your DUI lawyer in Arlington, VA or criminal lawyer in Alexandria, Virginia prove that you aren’t guilty of the charge thus getting the case either dismissed or dropped.

Keep in mind that if you have been charged on the George Washington Parkway (GW Parkway) or on the Pentagon premises, even though the location is in Arlington, you will be prosecuted in the Alexandria Federal Court. If that is the case, we can help you as well. Our firm has licensed Federal DUI attorneys who regularly defend clients charged on the GW Parkway or on the Pentagon premises before the Alexandria Federal Court. Make sure you hire the right Virginia Federal DUI Lawyer.