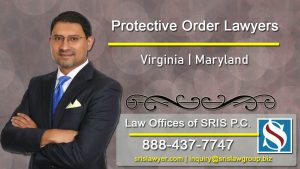 An Emergency protective order is issued to safeguard the health and life of victims suffering from violence, sexual assault and continued threat. The stalker will be given an order to maintain a certain distance from the victim and avoid any kind of contact over a specified period of time. Restraining injunction VA serves to be a life-saving boon to victims who wish to put an end to the continued physical and mental abuse they have been suffering since months (and even years).

The emergency protective order Virginia also gives victims the right to call for a law enforcement officer if there are chances that the offender is violating the decree. When facing continued life-threatening situations, it’s time to step up and request for some legal assistance. The victim has all the rights to request for an emergency protective order and put a complete end to the suffering.

Types of Protective Order in Virginia

There are 3 types of restrictive injunction that the victim can use for protection against violence or abuse.

An Emergency Protective Order is a temporary decree issued by the magistrate or judge to protect the victim from potential threats or abuse by the accused. It is valid for seventy-two hours and is brought to immediate effect after testifying the potential harm they are capable to inflict upon the victim. The time and date of expiry will be mentioned in the decree and the victim will be granted the rights to contact officers if the victim finds the ruling being violated in any manner. Virginia code explains the situations that are considered eligible for applying restrictive injunction.

According to Virginia Code, a PO is issued for a maximum of two years against the person convicted with domestic violence and assault. If the court feels it necessary, the PO will be extended for another two years. The opportunities and procedures associated with PO are quite different from Preliminary and Emergency Protective Order. The validity period too is quite greater than the previous 2 restrictive injunction. Before issuing a permanent protective order, the judge will determine whether the abuse occurred as mentioned and defined in the Code of Virginia.

How to Issue an Emergency Protective Order?

The very first step towards obtaining an emergency protective order is to file a petition in the correct court. If the victim has suffered violence by a family member or a member of the household, then they have a file a petition for emergency protective order in a Juvenile & Domestic Relations District Court. But if it were to be caused by somebody who is not a part of the family or household, then they need to file a case at the General District Court.

The victim may either file the petition by in person or seek assistance of a legal advisor or attorney. When requesting for an emergency protective order, make sure to give complete details about the respondent (or the accused). The victim also needs to specify the incidents that led to the seeking of Emergency Protective Order. The court will give a 2-day protection to be brought to immediate effect. In the mean time. the victim can have a PPO hearing scheduled to extend the number of protection days.

When there is a need to have a portion of the EPO altered or modified, fill out a separate form and have it submitted to the court. The victim must also inform the judge if they wish to occasionally contact the accused. It is important that the victim keep the emergency protective order in person all the time and if there is any violation, they can immediately call for a law enforcement officer and have the person arrested instantly.

Whether it is an Emergency or a Permanent Protective Order, they carry numerous provisions:

Unless permitted by the court, the offender will be prohibited from contacting the victim in any manner. Stalking, texting, calling, emailing and disturbing in any manner will be considered as means of contact. Emergency Protective Order is applicable to children as well. Hence, the offender being served with the Emergency PO must avoid making contacts with minor children.

With due permission from the court, the offender will be allowed to talk to the victim under close supervision.

Be it school, work place, home or public locations, the offender has to maintain maximum distance from the victim. The distance is based on the severity of the violence they committed. In most of the cases a distance between 100 and 300 feet is set as the distance limit.

The moving out provision is quite similar to the stay away provision. The only difference is that it will also require the offender to move out of the house if the victim and offender have been cohabiting previously.

In addition to all these, the judge will ask the offender to attend a professional counseling or a therapy session on anger management. The law is enforced in every state in US. If the offender violates the emergency protective order outside the state where the verdict was issued, then the victim must ensure to have it immediately reported to the authorities.

If living in Virginia and need assistance with matters related to emergency protective order or any kind of family disputes, then contact the lawyers at The Law Offices of SRIS, P.C. Talk with our lawyers today and we will immediately schedule a consultation!