Federal offenses contravene the law passed by the federal government or are connected with more than one state requiring guidance from a lawyer. If the criminal offense transpires on federal premises or involves federal enforcement officers, such an offense is considered a federal offense and requires defense plans from a criminal lawyer. Such offenses are heard in federal courts as per the provisions of the federal law. If you are booked for a federal criminal offense, you should contact a lawyer who is knowledgeable in the practical aspects of federal criminal defense procedures.

At The Law Offices Of SRIS, P.C. our Virginia defense lawyer is adept in both state criminal procedures as well as Federal Criminal Lawyer Virginia.

Some common federal criminal offenses are drug trafficking, child pornography offenses, Bank robbery, criminal conspiracy, counterfeiting, copyright violations, computer crimes, other digital offenses that do not have boundaries. Whatever may be your criminal offense, you require the assistance of a lawyer who is confident in the practical application of the criminal law. Also, if the criminal defense lawyer has handled cases similar to yours it can be an added advantage. Some offenses such as bank robbery are punishable under State law as well as federal law and can be punished by either law. For such complicated offenses, proceeding with a criminal lawyer by your side is mandatory.

When an offense abridges the federal rules and regulations, it is classified as a federal offense. Such criminal charges are investigated and proceeded against by federal organizations like the FBI. The penalties that such offenses can bring are more often serious, requiring support from a criminal lawyer. It is a fact that for criminal charges, the federal authorities as well as the State authorities have the authority to prosecute. If the criminal offense is investigated by federal organizations, federal courts will hear the case. If the VA or MD officers investigate the case, the State Courts will hear the case. Then you require the support of the Virginia or Maryland lawyer.

The appointment process of the State Judges is different from the appointment process of the Federal judges. These judges are appointed after the president nominates them. After their nomination is approved by the senate, they are judges for life. The attorneys representing federal cases are in the beginning part of the state prosecution and based on their performance, they are appointed as part of the federal prosecution. Due to the challenging process of appointing federal prosecutors, they are extremely reputed. 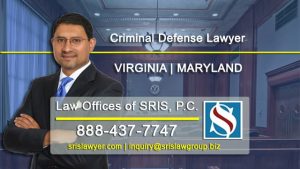 The criminal indictment process comprises several steps, say criminal lawyers. Handling such a complex indictment process without a lawyer’s assistance is impossible. One of the first stages of the federal indictment is the initial appearance before the magistrate. At this stage, the accused is informed about his rights, and the question of criminal detention is decided. If the prosecution does not accept the release of the accused, a detention hearing is conducted. After this, several pretrial motions are filed by the accused through the lawyer such as the Motion to suppress. These suppression motions are filed by the lawyer for suppressing evidence that has been obtained by the enforcement after a violation of the defendant’s constitutional rights. In cases involving criminal conspiracy, the prosecutor and defense lawyer discuss the possibilities of the defendant’s cooperation in the investigation in return for a plea bargain. If the defendant’s lawyer feels that it would be detrimental to the client’s interest to agree to the deal proposed by the prosecutor, the case proceeds for trial. To know more about the criminal indictment procedure, speak to a defense attorney.

The lawyer who has in-depth knowledge of this process will clarify all doubts the accused has about the process and put him at ease. Perceiving the prosecution team’s next course of action can simplify the defense process. Also, the accused who has obtained accurate information about how the criminal indictment proceeds will confidently face the offense.

Drug charges are punishable under state law as well as federal law. An attorney will tell you that simple drug possession is not generally punishable under federal law. The procedure of the arrest determines whether the criminal charge is a state charge or a federal charge. Serious drug charges like possession with criminal intent to distribute or intent to manufacture or operating facilities for the manufacture of drugs or participating in a criminal conspiracy involved in drug trafficking are punished as federal charges. Such serious criminal charges require expert assistance from lawyers.

Speak to a lawyer to understand how the facts have a substantial impact on criminal sentencing. The federal court takes into consideration the behavior of the accused during the criminal offense to evaluate the level of the offense. The prior criminal history of the accused is also considered by the court, the lawyer should be prepared to answer questions pertaining to the client’s history. The question of the extent of harm caused to another individual during the criminal offense is a crucial factor that determines the punishment. Also, if the accused used a firearm during the offense, the prosecution will attempt to turn the criminal offense into an aggravated one, which should be avoided by the lawyer’s defense strategies. Federal drug crimes lead to mandatory minimum sentences of up to ten years imprisonment. In cases where death is caused or serious bodily injury is caused, the punishment imposed can be 20 years or even life imprisonment.
If one is charged with a federal drug offense, it can be scary. However, taking the consultation of a top defense lawyer can help you lay aside your fears. To derive a clear understanding of the penalties imposed for drug charges, speak to a defense lawyer

A lawyer’s representation is essential for federal sex crimes as these charges are very severe with serious penalties. In most sex crimes, sex offender registration is mandated. Also, the court imposes extended criminal sentencing periods.

Child pornography offenses require defense from a criminal lawyer in defending acts of unknowingly possessing prohibited images. The criminal law states that intentional possession of such illicit images of minors even as a graphic depiction is punishable. Other criminal offenses for which a lawyer’s assistance is a must, are allegations involving possession of images depicting sexual relations with a minor. Such criminal acts will result in multiple offenses such as possession, distribution, or trading of such images. Proceeding without a lawyer’s assistance in these cases can cause significant damage to your case.

Know from your lawyer that other sex crimes include abuse of a minor, inappropriate touching of the minor, sexual assault of the minor, etc. Such charges will result in the investigation of the offenses by federal agencies. If the prosecution proves that the accused has actually committed the offense, a guilty verdict is issued resulting in the conviction of the accused. Punishment for sex offenses under the law can include imprisonment for several years with fine amounts or even lifetime registration in the federal sex offender registry. Know more about the penalties imposed on speaking to a defense lawyer. Also, if you want to avoid permanent consequences such as registration in the sex offender registry, act fast and obtain the required guidance from a defense lawyer.

Felony charges for weapon possession are imposed when the accused is prohibited from possessing the firearm possesses it. Such individuals prohibited from possession of weapons should immediately seek the advice of a defense lawyer. The weapon charge can be tried under State law or Federal law. Know about how a weapons offense is punished after consulting a defense lawyer. A federal weapon charge arises when the accused purchases the firearm in one state and then uses it in another state. This way the offense is committed across state boundaries. Where the state law enforcement has gathered sufficient evidence against the accused, the offense may be tried by state authorities. In other cases, the individual is investigated by federal authorities and tried by federal courts requiring efficient defense from a lawyer. Other offenses that aggravate a weapons charge are an injury that is serious, death, or damage to property. Such serious weapons cases require support from an expert lawyer.

When specific statutes are involved, your lawyer will inform you that the federal authorities take over the case while the State withdraws from such investigation and judicial process. In certain rare instances, the federal and state authorities integrate their resources and work together for speedy results. Whether it is a state charge or federal charge, take the advice of a defense lawyer.

An embezzlement charge is imposed when money reserved for one purpose is used for some other purpose. In these criminal charges, the amount is received for some purpose and but is used for a purpose other than the intended purpose. If you are ever charged with embezzlement, you require the assistance of a criminal lawyer for dismissal of the charge. An embezzlement charge becomes a federal charge when the accused has embezzled federal money, or in matters involving public interest or the money involved federal agencies. The criminal penalties imposed for embezzlements differ based on the amount involved, say experienced lawyers. Due to the penalties imposed, proceeding without the assistance of a lawyer can be detrimental.

Due to the intention to cause harm or injury, using weapons during the crime, bank robbery offense results in severe penalties requiring support from a criminal lawyer. For federal involvement in a bank robbery, the offense should be committed after crossing state boundaries or should involve federal property. As bank robbery involve huge monetary loss, the law imposes severe penalties as compared to a robbery committed in an ordinary home, thus requiring aggressive defense strategies by defense lawyers. Bank robbery is generally considered a federal offense as an interstate activity is involved. The punishment imposed is harsh including several years of imprisonment. The law imposes a fine of $1000 to $10000 and between ten to twenty-five years imprisonment. Know more about the penalties imposed for a bank robbery from a defense lawyer.

To understand what other offenses can be added to the bank robbery, speak to a defense lawyer. In some instances of bank robbery, the accused may be involved in other criminal activities like kidnapping, threatening, etc. These criminal charges are added to the bank robbery. Other factors that determine the seriousness of the offense include the prior history of the accused, the monetary value of the robbery, the number of persons who committed the offense, etc. Using a weapon can change the course of the case to a critical edge with severe penalties. If you are ever charged with a federal bank robbery, confer with a criminal lawyer about how to proceed.

The federal bribery charge prohibits an individual from offering or promising to offer monetary value to influence a public official in the discharge of his duty. A defense attorney will tell you that under federal bribery law the giver, as well as the receiver, is punished. The court requires proof of elements that the person who is offered monetary value is a public official, there exists the intent to influence the public official in the performance of his duty in exchange for the promised consideration, the act of offering the bribe and the requested act performed in exchange for the bribe should have a substantial connection. To accurately understand all the necessary elements for establishing a bribery charge, talk to a defense lawyer. Expert lawyers have in several instances obtained dismissal of federal bribery charges due to the failure of the prosecution in establishing a connection between the bribe and the act in the discharge of the public official’s duty. Seeking assistance from an experienced criminal lawyer can result in dismissal. C