Before trying to win custody in a Court in Maryland, it is necessary to establish the different facets of a custody agreement, and the possible outcomes that might emerge. Custody agreements constitute both legal and physical custody. The former takes into account all long-term decisions that govern a child’s future including non-emergency medical care, schooling, discipline, and religious training; the latter, however, covers the short-term daily aspects of a child’s life including the parent with whom they’ll reside and care for. Note that emergency healthcare can be determined by either parent; whoever is most convenient when the situation calls for it. 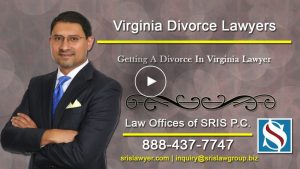 Legal and Physical guardianship in Maryland can then be further split into joint, sole, and split guardianship. Joint guardianship tends to be the default agreement the Maryland Court tries to establish, since it invites involvement on the behalf of both parents. In contrast, sole guardianship is when one parent is given monopoly over one, or both types of guardianship as part of the agreement. The final subdivision is split guardianship, which is only applicable to cases where more than one minor is involved in the custodial dispute. Under certain circumstances, the minors may be separated with each residing with a parent.

Generally, the court in Maryland considers the most favorable outcome to be that where both parents are involved in the minor’s life, and this may usually require joint guardianship in either one, or both legal and physical guardianship. It is only under certain circumstances where a parent’s right to any form of guardianship, involvement, or future petitioning is absolutely eliminated, and that is when the parent has committed either a sexual offence in which the minor was the victim, or an act of violence that intentionally placed the child in critical danger.

Winning sole guardianship in Maryland will require a lot of effort, a good attorney, and well-supported claims. One of the first indicators of a winning case is if an individual is the established de facto caretaker. Being the primary caretaker means you were directly involved in the child’s life prior to the dispute, whether through shopping, feeding, dressing, or commuting with the child. Otherwise, if the title falls to the opposing party, more evidence must be provided to demonstrate your equal commitment and superior capabilities.

Using any precedents that undermine the fitness of the opposing partner as a qualified parent can be helpful. This may include any past felonies, misdemeanors, violence, cases of demonstrated negligence, or even poor psychological or physical health. Such characteristics and incidents can definitely sway a Court.

The Court will also take into account factors regarding each parent’s financial and personal status. To demonstrate efficacy at supporting a child, it is necessary to have a healthy reputation, proper physical and psychological fitness, good character, and corroborative financial status sufficient (and preferably superior to that of the opposing party) to support a child. Testimony, custodial evaluations, professional assessments and observations, and documents/statements may be offered to prove the aforementioned.

Once you establish relative competency, it is necessary to show a willingness to facilitate a relationship between the child and the second party in the case you win full custody. By doing so, the court may feel greater leniency in offering you a more generous custodial status. This must be demonstrated throughout and after the trial through well-documented visitations, regular parental involvement, and a willingness to keep the parent-child contact healthy.

Finally, there are numerous coincidental factors over which you should have no control, such as your living circumstances, your proximity to the child’s established residence, the child’s personal preference, the closeness of relatives, your employment stability, and whether you’re remarried (or intend to).

Custody settlements are generally established to accommodate a standard called ‘the Child’s Best Interest.’ If, at a certain point of time, a parent tries to contest the custody agreement with a petition, then custody settlement may change. The malleability of a custody agreement depends on which parent is more qualified to take care of the child, and so if reasonable evidence is presented proving the other party’s superior conditions, then custody might have to be negotiated.