As there are a number of laws related to child pornography in Maryland it would be difficult to understand the law, the penalties and consequences if charged. It is, for this reason, you will need an experienced attorney to deal with the case.

The laws in Maryland prohibit the production of child pornography and possession and use of it. 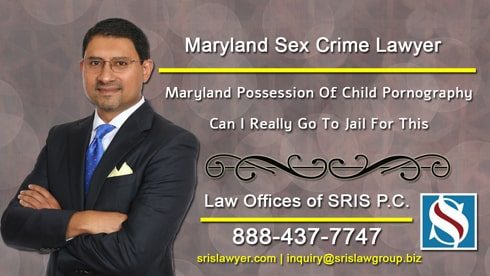 The sentence for a conviction in Maryland will depend on the circumstances of each case and the crime of child pornography may be prosecuted by a state or federal court.

A person violating this section of the Maryland child pornography laws can be charged with a felony and may be subject to a very harsh conviction. Penalties for a first offense will attract a maximum of $25,000 fine or up to 10 years imprisonment or both. Penalties for subsequent violation will attract a maximum fine of $50,000 or up to 20 years imprisonment or both. There are many ways to prove in court that you did engage in any sadomasochistic abuse or sexual conduct with minors. This can be done by oral testimony from a witness, scrutinizing the subject in the video, getting an expert medical analysis or any other method authorized by law.

Therefore, choose the best Maryland child pornography lawyer that is best for you if you have been accused of violating these laws.

Penalties for child pornography in Maryland

Maryland has very strict laws regarding the ownership, development and distribution of child pornography. According to federal and state laws, it is even a criminal offense for a resident to knowingly own or retain visual representations of children under the age of 16 when performing sexual acts. If you are arrested and charged with crimes involving child pornography, you must immediately contact an experienced Maryland child pornography lawyer.

Depending on the circumstances and severity of the charge, a Maryland defendant may be tried before a state or federal court.

According to Maryland Code Section 11-208, “a person may not knowingly and intentionally hold a movie, videotape, photo, or other visual representation showing an actual minor under the age of 16: (1) as the subject of a sadomasochistic employment abuse;(2) sexual behavior, (3) sexual arousal. “

If a defendant in Maryland is convicted of an offense of child pornography, the accused can face the following penalties:

If a defendant in Maryland is convicted of a second offense of distribution of kiddie pornography, the accused can face the following penalties:

Individuals charged with possession of child pornography have viable defenses available. For example, it may be easier to obtain a denial or acquittal if the accused accidentally or inadvertently obtained the visual representation and attempted to destroy it, or voluntarily reported the matter to the police.

Production or distribution of child pornography:

A defendant may expect serious legal sanctions for the production or distribution of child pornography. Maryland Criminal Law Section 11-207 states that a “person may not (1) induce, cause, solicit, or knowingly permit a minor to participate as a subject in the production of obscene matter or a visual representation or performance involving a minor(2) photographing or filming a minor involved in an obscene act, sadomasochistic abuse, or sexual behavior … (4) knowingly promote, promote, solicit, disseminate, or with the intention of distributing things, visual representations or performances: (i) representing a minor who engages in subjection to sadomasochistic abuse or sexual behavior. “

If a perpetrator is convicted of a first offense in Maryland, the following penalties are imminent:

Subsequent convictions could result in the following penalties:

If someone is convicted of a Maryland child pornography crime, they must register with the state as a sex offender. Sex offenders are legally responsible for registering in the following jurisdictions:

Such a criminal background can prevent you from finding a job, buying a house, and training. It can also harm your personal life by preventing you from maintaining healthy relationships with friends and family.

State and federal law enforcement agencies work together in working groups to arrest people who receive, produce and distribute child pornography. For example, the Department of Computer Crime of the Maryland State Police is funded to investigate reports of child exploitation and pornography. Most cases of child pornography begin with state-level investigatiors before they become federal cases.

First time offenders are sentenced to a prison sentence of 5 to 20 years in the federal system, repeat offenders up to 40 years.