Drivers from other states may be surprised to learn how seriously some traffic offenses are treated by Virginia courts. Judges in Chesterfield County routinely sentence defendants to jail time for reckless driving and other traffic violations which are classified as Class 1 or Class 2 Misdemeanors.

Reckless driving is defined as driving in a way that jeopardizes people or property. For this traffic violation, you will be charged with a class 1 misdemeanor, which is a criminal offense and attracts harsh penalties. Therefore, it is important to you consult with a Chesterfield reckless driving lawyer to discuss your case in order to know the defenses.

Reckless driving is often charged on the same kind of summons, but it is much more serious than a simple speeding ticket. By Virginia law, speeding at 20 MPH more than the posted speed limit, or driving at more than 80 MPH regardless of the posted speed limit SHALL be charged as reckless driving. Reckless driving is a class 1 misdemeanor punishable by up to one year in jail, a six month license suspension, and up to a $2,500 fine, not to mention the points against your DMV record and the insurance consequences.

A reckless driving offense that results in a person’s death can be charged as manslaughter.

Penalties For Reckless Driving In Chesterfield

Why do you need an attorney for Chesterfield Reckless Driving Case?

What Are Some Of The Commonly Charged Traffic Tickets in Chesterfield County Virginia? 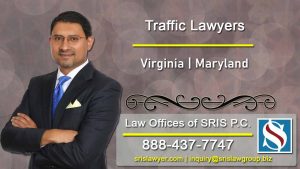 Traffic tickets are also known as traffic infractions in Chesterfield, Virginia. They may be considered moving violations, which usually result in demerit points against your license, or non-moving violations, which typically result in fines only. Either way, the conviction is likely to be entered on your DMV record. When you get a traffic ticket in Chesterfield County, Virginia, the officer typically gives you a Virginia Uniform Summons. When you get a simple traffic infraction, you can usually prepay the fines and you do not have to go to Chesterfield court.
VERY IMPORTANT NOTE: Prepaying a traffic ticket has the effect of a guilty plea and will result in a conviction being recorded against you.

On a Virginia DMV record, demerit points will remain for two years and the record of the offense will stay on your driving record anywhere from 3 to 11 years, depending on the offense. In addition, your driver’s license could get suspended if you pay your fines late or accumulate too many demerit points. Common Chesterfield traffic infractions include:

Some traffic tickets are considered misdemeanors in Chesterfield, Virginia. If you are convicted, you face more serious penalties, will have a permanent criminal record, and be assessed demerit points on your driver’s record. Some common Chesterfield traffic violations that fall into this category include:

No person, except those expressly exempted in §§ 46.2-303 through 46.2-308, shall drive any motor vehicle on any highway in the Commonwealth until such person has applied for a driver’s license, as provided in this article, satisfactorily passed the examination required by § 46.2-325, and obtained a driver’s license, nor unless the license is valid.
A violation of this section is a Class 2 misdemeanor. A second or subsequent violation of this section is a Class 1 misdemeanor.
Upon conviction under this section, the court may suspend the person’s privilege to drive for a period not to exceed 90 days.
DUI. A first offense DUI charge is a Class 1 misdemeanor. The penalties can include a fine of between $250 and $2,500, jail sentence of up to one year, revocation of your license for one year, and more.