In general, people are unaware of how seriously a speeding charge is dealt with in King George County. The highest number of charges imposed on motorists or car drivers is for speeding in King George, VA. Those who are charged with speeding can be divided into two categories. One category includes those drivers who unknowingly drive fast in violation of speed limits imposed by law. The other category is of drivers who are well aware of the speed limits imposed on certain roads and drive fast just for the fun of it. The second category of drivers intentionally violate traffic laws. At this point, one should remember that whether you intentionally violate or unknowingly violate the speeding laws in King George, Virginia, you cannot escape the penalties imposed by law without the help of an experienced King George traffic attorney.
If you are charged with reckless driving in King George County, you should understand that the Virginia law imposes penalties that are comparatively more severe than other jurisdictions. In many states, there is no offense termed as reckless driving by speed and in such jurisdictions, speeding is a simple traffic infraction and not a serious criminal charge. However, in Virginia, speeding laws and the penalties imposed are completely different. If one drives at a speed of 20 miles per hour or more than the imposed speed limit or at 80 miles per hour or more in King George County, then the law considers such an act as liable to be charged as a misdemeanor. 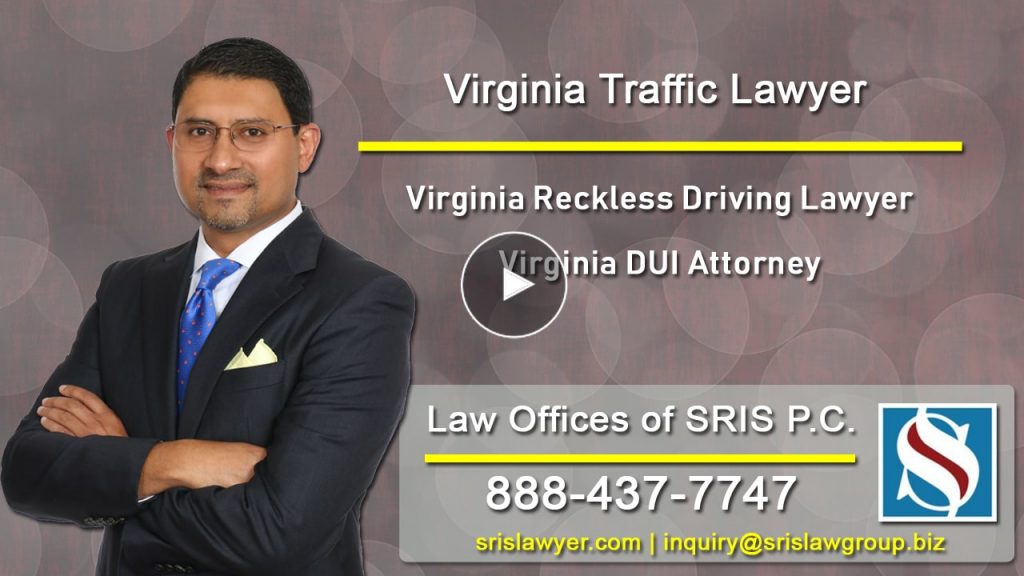 There are several cases where out state drivers get stopped on the interstates in Virginia. Such people are unaware that by being charged with reckless driving by speed means they are charged with a criminal misdemeanor. On being charged with reckless driving, the officer may not even explain your charge properly and may instead treat you harshly and say you are guilty of a criminal misdemeanor.
On reading about the serious consequences of speeding, you are most likely to be scared of the charge and are wondering how to avoid such a charge. The best way to avoid being charged with speeding is not driving above the imposed speed limit.
Even after being cautious, if you end up with a speeding charge in King George, Virginia, you should read the ticket and check the Virginia code section for which you have been charged. If the charge is regular speeding, you have the option of hiring a King George traffic lawyer instead of simply prepaying it. However, if the charge is reckless driving, then you should immediately contact a King George traffic lawyer about the possible consequences of reckless driving by speed.

Why do you need an attorney for King George Reckless Driving Case?

What Are Some Of The Commonly Charged Traffic Tickets in King George County Virginia?

Traffic tickets are also known as traffic infractions in King George County, Virginia. They may be considered moving violations, which usually result in demerit points against your license, or non-moving violations, which typically result in fines only. Either way, the conviction is likely to be entered on your driving record. When you get a traffic ticket in King George County, Virginia, the officer typically gives you a Virginia Uniform Summons. When you get a simple traffic infraction, you can usually prepay the fines and you do not have to go to King George County traffic court.
VERY IMPORTANT NOTE: If you prepay a traffic ticket, this will have the effect of a guilty plea and a conviction will be recorded against you.
On a Virginia driving record, demerit points will remain for two years and the record of the offense will stay on your driving record anywhere from 3 to 11 years, depending on the offense. In addition, your driver’s license could get suspended if you pay your fines late or accumulate too many demerit points. Common King George traffic infractions include:

Some traffic tickets are considered misdemeanors in King George County, Virginia. If you are convicted, you face more serious penalties, will have a permanent criminal record, and be assessed demerit points on your driver’s record. Some common traffic violations that fall into this category include:

If you’ve been charged with driving without a license in Virginia, don’t make the common mistake of trying to go it alone without an experienced King George Virginia traffic lawyer. You need an aggressive and knowledgeable King George Virginia traffic attorney who will fight for your rights and, where appropriate, negotiate a favorable outcome. Let us be your legal advocate.

No person, except those expressly exempted in §§ 46.2-303 through 46.2-308, shall drive any motor vehicle on any highway in the Commonwealth until such person has applied for a driver’s license, as provided in this article, satisfactorily passed the examination required by § 46.2-325, and obtained a driver’s license, nor unless the license is valid.
A violation of this section is a Class 2 misdemeanor. A second or subsequent violation of this section is a Class 1 misdemeanor.
Upon conviction under this section, the court may suspend the person’s privilege to drive for a period not to exceed 90 days.
DUI. A first offense DUI charge is a Class 1 misdemeanor. The penalties can include a fine of between $250 and $2,500, jail sentence of up to one year, revocation of your license for one year, and more. Speak to a King George DUI Lawyer – Call 888-437-7747