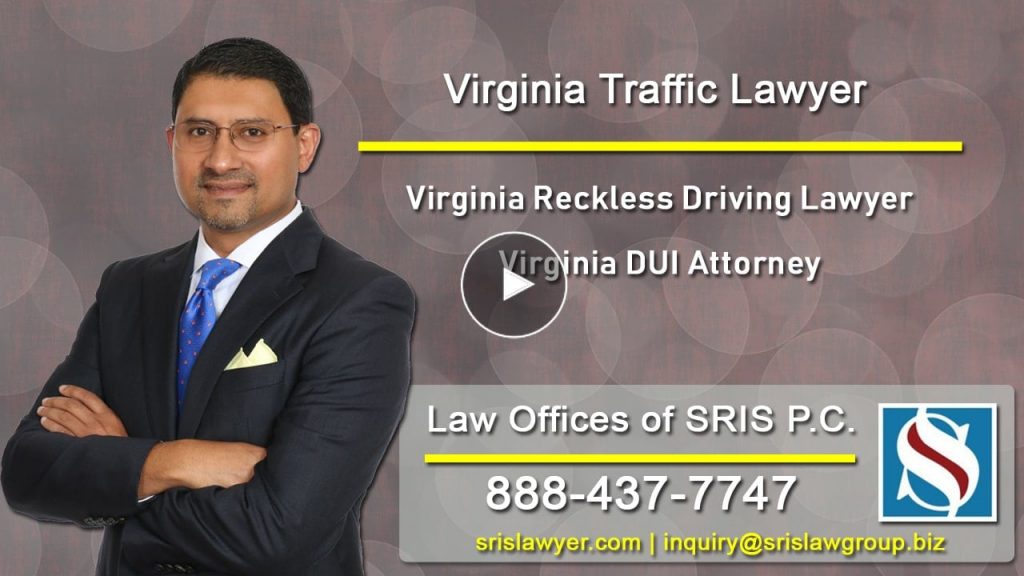 Under the Virginia code, reckless driving is defined as:

Penalties for Reckless Driving in Virginia:

The State of Virginia carries strict penalties for reckless driving instead of just a fine and some demerit points on a motorist’s license as in some other states. Reckless Driving in Virginia is considered a Class One Misdemeanor and carries penalties of:

According to § 18.2-11. Punishment for conviction of a misdemeanor.

(a) For Class 1 misdemeanors, confinement in jail for not more than twelve months and a fine of not more than $2,500, either or both.

(b) For Class 2 misdemeanors, confinement in jail for not more than six months and a fine of not more than $1,000, either or both.

Fret not over being charged with reckless driving in Prince William County as you can overcome it with the help of a skilled lawyer.

What Are Some Of The Commonly Charged Traffic Tickets in Prince William County Virginia?

Traffic tickets are also known as traffic infractions in Prince William, Virginia. They may be considered moving violations, which usually result in demerit points against your license, or non-moving violations, which typically result in fines only. Either way, the conviction is likely to be entered on your driving record. When you get a traffic ticket in Prince William County, Virginia, the officer typically gives you a Virginia Uniform Summons. When you get a simple traffic infraction, you can usually prepay the fines and you do not have to go to court.
VERY IMPORTANT NOTE: Prepaying a charge has the effect of a guilty plea.
On a Virginia driving record, demerit points will remain for two years and the record of the offense will stay on your driving record anywhere from 3 to 11 years, depending on the offense. In addition, your driver’s license could get suspended if you pay your fines late or accumulate too many demerit points. Common traffic infractions in Prince William, Virginia include:

Some traffic tickets are considered misdemeanors in Prince William, Virginia. If you are convicted, you face more serious penalties, will have a permanent criminal record, and be assessed demerit points on your driver’s record. Some common traffic violations that fall into this category include:

If you’ve been charged with driving without a license in Virginia, don’t make the common mistake of trying to go it alone without an experienced Prince William Virginia traffic lawyer. You need an aggressive and knowledgeable Prince William traffic attorney who will fight for your rights and, where appropriate, negotiate a favorable outcome. Let us be your legal advocate.

DUI. A first offense DUI charge is a Class 1 misdemeanor. The penalties can include a fine of between $250 and $2,500, jail sentence of up to one year, revocation of your license for one year, and more. Call and speak with a Prince William DUI lawyer in Virginia today.

Manassas an independent city within Prince William County. Manassas has their own police department. The City of Manassas has a Fire and Rescue Department to provide services to all citizens. It’s known for the Manassas National Battlefield Park. If you have been changed with a traffic offense in Manassas, call our office today for help. A Manassas traffic lawyer can help you.

Haymarket is a city within the Prince William County. Haymarket has their own police department. Haymarket has a Fire and Rescue Department to provide services to all citizens. If you have been changed with a traffic offense in Haymarket, call our office today for help. A Haymarket traffic lawyer can help you.

Occoquan is an independent city within Prince William County. Occoquan is served by both the Occoquan Police Department as well as the Prince William County Police Department. The fire department serves the city of Occoquan, Woodbridge and Lorton. Occoquan was designated a Virginia historic landmark in 1983 and an artists’ community filled with over 100 shops. If you have been changed with a traffic offense in Occoquan, call our office today for help. An Occoquan lawyer can help you.

Dumfries an independent city within Prince William County. Dumfries Police Department is committed to providing professional, effective, and courteous public service. The fire department serves the city of Dumfries and Triangle. Town Clerk serves as the Custodian of the Town Seal and is responsible for maintaining historical files and Town Council records. If you have been changed with a traffic offense in Dumfries, call our office today for help. A Dumfries traffic lawyer can help you.

(The judge scheduled for Civil Court will do the arraignments)