Virginia’s drinking and driving laws are highly strict in terms of their penalties as well as sanctions associated with them. There are various tests that may be required to be taken if you are charged with a Virginia DUI (Driver Under Influence).

One of the most common tests associated with Virginia’s drinking and driving laws is the field sobriety test. Drivers are required to understand that they are not obliged to submit to such testing, however, failing them may result in their arrest. These tests are mixtures of mental and physical activities that the officer asks the driver to perform in order to determine their level of sobriety and whether they are DUI. 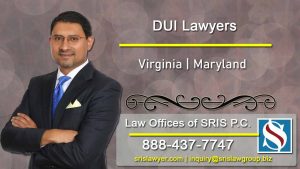 There are another two main examinations associated with Virginia’s drinking and driving laws. Those are the breath and blood tests. In accordance with the drinking and driving laws of Virginia, it is most common that the law enforcement official first offers the DUI violator the breath test rather than the blood test. Usually, the only time when the blood examination is offered it is when the breath examination is unavailable at that time or in case the DUI violator is for some reason unable to complete the first mentioned test.

The breath examination is a highly common test associated with DUI in terms of Virginia’s drinking and driving laws. An examination could be given to a DUI violator by the officer that pulls him/her over. Whereas, the DUI violator does not have the right to choose what chemical examination that he/she will be tested with, as stated by the Virginia DWI (Driving While Intoxicated) law.

In accordance with Virginia’s drinking and driving laws, there is a requirement where a drunk driving violator must face is the VASAP (Virginia Alcohol Safety Action Program). This is a program that helps and educates the drunk driving violator and tries to give them the treatment that they need. The DUI violator, in this program, faces a placement on probation by the responsible court where he/she is provided with a restricted license and ordered to “check in” with the local VASAP office within 15 days from the moment he/she is convicted.

Moreover, it must be noted to the violators that any violator who fails or simply does not meet the requirements of the VASAP probation, he/she will be deemed as a non-complying violator when returning to the court responsible. In this case, the court is entitled to subject the offender to revocation action.