The state of Virginia has come up with strict rules to control deaths and damages incurred due to drunken driving. Like any other state, Driving Under the Influence (DUI) is a severe offense and is punishable in VA as well. People accused of the charges are likely to face serious legal consequences, including fine payments, confiscation of driving licenses, incarcerations, and mandatory enrollments in rehabilitation or correction programs. In addition to these penalizations, individuals accused of drunken driving, end up acquiring a permanent record of criminal history.

It is time you take it seriously and approach the Law Offices of SRIS, P.C. A person with a criminal backup is prone to face the following issues.

The DUI expungement VA brings in changes only to the criminal history sheet of offenders. The driving records registered with the DMV bears the drunken driving charges of people, even after their DUI expungement VA. But the charges filed in the driving histories of a person get removed administratively after a stipulated period of time as stated by the VA legislation.

Upon receiving charges for driving under the influence (DUI) of intoxicants, offenders can expect to get it notified to their respective insurance companies, which in turn leads to an increase in their rates of insurance. These rates eventually get normalized after a definite period of time. Not all states entertain DUI expungement but the legislations permitting it in VA impose loads of restrictions.

The DUI expungement VA is availed only when the court ensures successful fulfillment of the penalty obtained by the offenders. Violating or disregarding any terms put forth in the court orders may inflict negative influences on the approval of petitions, requesting DUI expungement VA.

Individuals apprehended and tried for drunken driving, are likely to live with criminal charges for the rest of their lives, unless DUI expungement VA is legally approved.

These records of prior convictions can inflict negatively on those who seek background checks for varied reasons like:

Therefore, it is highly essential to get a DUI expungement VA finalized within the shortest time periods possible since it nullifies all additional consequences concerning employment, approvals, and admissions.

Probation is crucially the most important factor that determines the outcomes of a DUI expungement VA plea. Probation spans the majority of the requirements recognized by the state jurisdictions, to acquire DUI expungement in VA. Speak to experienced lawyers at the Law Offices of SRIS, P.C. to get expunged.

The following are the mandatory eligibilities to qualify for a DUI expungement VA. 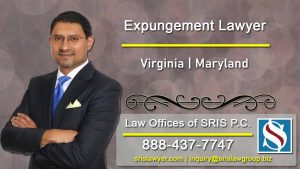 Probations are generally trial periods adjudged for the transgressors to redeem themselves morally and mentally. Less serious crimes are adjudicated with probations initially. But lawsuits concerning grievous felonies do not witness declarations of these probation periods due to the severities in the consequences observed and the drivers proved guilty are directly imprisoned at the state or central prisons. In these cases, courts hesitate to grant DUI expungement VA as the individuals impeached have not satisfied their probation requirements.

People disregarding or violating the norms, drafted in the court orders, regulating probation, are prone to incur lessened chances to avail DUI expungement VA, even if they claim to satisfy other requirements.

Drivers with other criminal lawsuits pending, while seeking DUI expungement VA are regarded as non-eligible. Judges have all powers to deny requests for DUI expungement VA when they find the claims stated by the petitioners, invalid, and unreasonable.

Individuals proven guilty for driving under the influence (DUI) of inebriants are not qualified for DUI expungement VA.

In these scenarios, it can be availed in VA only during the following circumstances.

People who received absolute pardon and those who have fallen prey to identify thefts are relieved of several requirements, to attain DUI expungement VA, including exemption of court fees.

Individuals filing for DUI expungement VA should equip themselves with the following documents well ahead, to simplify and expedite the procedures.

The state legislations of Virginia instruct offenders to submit their fingerprints to the concerning legal bodies, who in turn issue fingerprint cards. Individuals claiming to have had presented their fingerprints during their prior driving allegations are required to update the same, for the further processing of their current pleas requesting DUI expungement VA. The police department of Virginia accesses these fingerprint cards and other documents, submitted by the petitioners to carry out preliminary record checks.

In most of the cases, the state courts in Virginia return these fingerprint cards to their respective owners at the end of all processes. But in several lawsuits, the courts destroy these cards to prevent disclosure. However, decisions regarding restitution or destruction of these cards, by the courts, solely depend on the outcomes of the petitions submitted for DUI expungement VA. But the individuals, who obtained absolute pardon, are not entitled to present their fingerprints for the finalization of their DUI expungement VA.

Offenders finding themselves eligible as per the prerequisites declared by the VA state legislations should follow a definite set of procedures to claim the same. First and foremost, the petitioners are expected to lodge an affidavit and a motion requesting relief, after which they will be entitled to pay a mandatory sum, amounting between $100 and $400 as court fees for the filing processes. Perpetrators seeking DUI expungement VA are also obligated to intimate the same to the legal bodies that employ state prosecutors. The law offices of the public prosecutors will have to provide timely responses, by questioning the grounds of the requests submitted for DUI expungement VA. The petitions for the DUI expungement VA are then sent for legal reviews to the judges. Upon receiving these petitions, the judge or the jury will analyze all circumstances surrounding the conviction. Judges have the power to grant DUI expungement VA, even without a formal court proceeding.

Individuals with rejected petitions for DUI expungement VA, can appeal to the courts directly and place requests for a final hearing. Those offenders on getting a chance formally present themselves at the courts for trials are bound to provide strong evidence and arguments explaining the reasons behind their requests for DUI expungement VA. People finding it hard to resolve issues and accomplish procedures concerning DUI expungement VA can seek legal help from the best attorneys in the state, as they provide effective legal clarifications on all matters.

Different states follow varied laws for DUI expungement. Likewise, the time taken to obtain DUI expungement VA varies with regard to the severity of the convictions. Generally, offenders will have to wait for a minimum time period of one year, from the exact date of the commission of their convictions, to place pleas requesting DUI expungement VA. However, the waiting period differs with respect to the seriousness of the consequences and probation trial periods. Therefore, it is best to consult the best attorneys in such circumstances, as they are well aware of the timings that seem lawfully desirable to submit petitions for DUI expungement VA.

Processing of the filed petitions for DUI expungement VA is usually carried out within 2 weeks for misdemeanor DUI convictions, while in the case of serious felonies the same may prolong up to 6 weeks or even more. Enforcements of the approved DUI expungement VA incur additional periods of time. During these situations, the court requires a minimum of two days to update and modify its documentations. But the court takes longer duration for updating especially when it witnesses the involvement of federal bodies, like the Federal Bureau of Investigation (FBI), in the concerning lawsuit. Only after a thorough analysis of all necessary factors, the court grants final approval. The acknowledged DUI expungement VA is put into effect, which leads to administrative removal of all drunken driving charges permanently from the driving records of the offenders.

Finalization of DUI expungement VA eliminates all charges and leaves no prior allegations in the criminal records of the perpetrators. In these cases, any external agency or a potential employer, trying to analyze or access the criminal histories of people, will find no traces of drunken driving convictions in their criminal records. Once when a DUI expungement VA is legalized, all criminal records of a person are sealed from public display and the same can thereby be accessed only through appropriate court orders.

People denied of DUI expungement VA can try various other means to better handle the circumstances. Get into contact with the lawyers who have adequate expertise in the laws that govern DUI expungement VA. Individuals can still place requests for a non – disclosure, the approval of which seals all criminal records from private agencies who look to carry out background checks concerning the applicants, before employing them. During these circumstances, the charges are not removed completely and are therefore prone to revelations during deeper background checks.

Different states observe varied eligibilities for availing non-disclosures. Some legislations grant disclosures only for the drivers who were tried for driving under the influence (DUI) of booze or drugs for the very first time. In the state of Virginia, the Law Offices of SRIS, P.C. has a reputation for handling such cases. Individuals who were sober and those who had under-aged children in their vehicles while driving are not qualified to request for a drunken driving non-disclosure. Drivers with blood alcohol contents of 0.15% and above are not qualified for non-disclosures. Judges generally do not declare probation time periods to offenders who committed serious crimes. In these cases, processing of petitions, pleading drunken driving non-disclosures, become difficult due to zero records of probations.

DUI expungement VA may become physically, emotionally, and financially draining when the individuals accused have no proper access to legal support. Therefore, it is highly advisable to avail efficient legal assistance from the best attorneys in these cases. The lawyers render proactive legal representations for their clients. Most importantly, people seeking DUI expungement VA should acquire aid from proficient traffic attorneys as the latter possess adequate experience and cognizance to ably handle all legal issues.

The chances of DUI expungement VA is reduced if you have multiple convictions. It is important to have a clean record if you do not have a clean record. The limitations vary between 0 and 10 years depending upon the state you live in. If it is a felony-related conviction, for instance, you have killed or grievously injured someone in the process or destroyed the property of someone then it may be tough to get your charges expunged.

The process could be lengthy and complex, it is up to the judge to decide if you will be granted DUI expungement VA after reading your petition and checking your background and opinion reports from the prosecutor. Only after you are eligible for the process does the lawyer move for DUI expungement in VA. Before filing the petition check with your lawyer if everything is in order.

Can DUI expungement VA be done without a lawyer?

Expungement is erasing the conviction from the record once and for all. Even an arrest can impact your life, even though you were not convicted. Anyone who is arrested or convicted for the charge wants to expunge it from their record. It is a very complex process and is best done by reputed DUI expungement VA lawyers from the Law Offices of SRIS, P.C.

A legal representation can give you bright chances of removing the offense from your record. There are some basic steps to move ahead with DUI expungement VA. These are as follows:

Despite being a time-consuming process, erasing your record in VA is worth every effort. Engaging a reputed lawyer from the Law Offices of SRIS, P.C. is the best choice to get your drunken driving charges expunged. Remember, if it is your first offense and you taking all the right steps to clean up your tainted record, then you stand a chance. C