In military divorces, the biggest asset of a serviceman is his retirement benefits.

A significant amount of Virginia divorce cases are filed by persons rendering service in the military due to the large number of military personnel stationed in Northern Virginia. 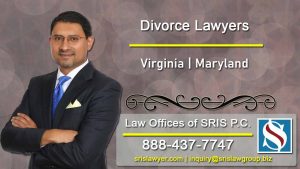 The process of legally ending a marriage is termed a divorce. The process of obtaining a divorce in Virginia is complicated and it becomes more complicated if one of the parties to the divorce is a military service member. Be aware that the procedure for a military divorce is different in different states and the place of filing the divorce, distribution of marital property and the benefits that can be granted differ in each state.

If the parties have no minor children, the separation period to be proven is 6 months. Only after the expiry of this time period, can the divorce be filed in Virginia. If you have decided to proceed with a divorce in Virginia, you need to analyze what ground of divorce in Virginia is applicable to you.

The help of an experienced Virginia divorce attorney may be your best choice in terms of preparing pleadings based on fault grounds. Fault grounds of divorce are adultery, cruelty, desertion, etc.

A divorce ground of homosexuality that has occurred within the last five years should be proven by clear and convincing evidence. If your divorce ground is cruelty, then you should submit evidence that shows extreme violence that has caused physical and emotional harm. If your spouse has been convicted of a felony that has resulted in one-year imprisonment, that itself is a ground for your military divorce in Virginia.

Division of property is often the most problematic aspect in a military divorce. A Non-military spouse is entitled to 50 percent of marital share in the pension based on the duration of military service and based on the number of years of marriage.

Mr. Sris has helped numerous clients get through a military divorce in Northern Virginia.