SOLICITATION OF PROSTITUTION VIRGINIA – STRATEGIES TO DEFEND YOUR CASE

The United States is witnessing a steep rise in the number of prostitution or sexual offenses recorded every year. Organizing and arranging people who offer sexual intercourse in exchange for money is a crime in the US. Solicitation of prostitution in Virginia is conceived to be a violation of Class 1 misdemeanor offense and can attract punishments such as imprisonment for 1 year and payment of fines that may go up to $2,500. When the case involves a minor 16 years or older, it is a Class 6 felony and when younger than 16 years, it will be Class 5 felony. Involving a minor in prostitution is, therefore, a serious offense.

On being convicted with solicitation of prostitution in Virginia, the guilty are bound to live with a criminal record for the rest of their lives. Further, the social stigma makes it imperative to engage an experienced lawyer to deal with the case.

Therefore, do not hesitate to get in touch with The Law Offices of SRIS, P.C. when charged with this crime.

WHAT IS THE DEFINITION OF SOLICITATION OF PROSTITUTION IN VIRGINIA?

The role of a sex crime lawyer is to defend the individuals charged with solicitation of prostitution charges in Virginia and those accused of compulsion. A resident of Virginia, accused of pandering prostitutes or of receiving money from it, when proved guilty can be punished. The State of Virginia classifies pimping crimes and compulsion as Class 4 felonies. Individuals offering money for indulging in sexual activity are guilty of solicitation of prostitution in Virginia and it is a crime akin to prostitution itself. Moreover, the Virginia law prohibits a person from owning a prostitution site or being employed at such location willfully and is a punishable offense.

SOLICITATION OF PROSTITUTION OF MINORS IN VIRGINIA

Requesting or threatening minors to involve in illegitimate sexual activities through electronic devices, newspapers, and magazines is a crime closely related to offenses like solicitation of prostitution in Virginia and procuring. These criminal offenses are classified under felony Class 5 or 6, depending on the age of the minor solicited. Penalties are severe if the convict is older to the minor by 7 years and more. Those proven guilty for involving a minor in prostitution are entitled to face immurement for a period ranging from 5 to 30 years.

Solicitation of a minor for prostitution in Virginia is considered to be a felony in cases involving individuals who are under 18 years of age. If the convict’s age is between 16 and 18 years, then it is regarded as a Class 6 felony that could result in imprisonment ranging from 1 to 5 years. If the person accused is below 16, then it is regarded as a Class 5 felony and could lead to serious consequences including incarceration for a maximum of ten years. When charged with solicitation of prostitution of a minor in Virginia, talk to a sex crime attorney immediately.

ONLINE SOLICITATION OF PROSTITUTION OF MINOR IN VIRGINIA

Any sex crime related to a minor is a serious offense in Virginia. The charges are severe and punishable under the Federal and Virginia laws. Prosecutors are aggressive when it is related to minor sex crimes and the sentences could range from fines to imprisonment. Above all, you remain a minor sex offender all through your life with your name entered in the crime records. Online solicitation of minors is engaging in online communication where the minor is forced to solicit and engage in sexual activity or prostitution. You can be charged for the crime by just engaging in communication with the minor. 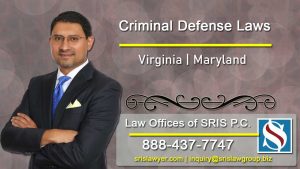 In the Commonwealth of Virginia, online solicitation of minor falls within the purview of Virginia Code. The definition is broad and involves the use of cell phones, electronic devices, internet, sexting, and bulletin board. It is illegal to create, distribute, possess, or take liberties with a minor or behaving indecently with a minor. The charges for minor sex crimes are severe like other crimes. Internet solicitation of minors is a violation of Virginia Code § 18.2-374.3. The section is extremely broad and covers a host of activities like indecent exposure of minor, sexual contact with the minor, and prostitution charges. The statute prevents the use of electronic devices for solicitation of a minor.

At times, it may be an entrapment wherein a law enforcement officer may pose as a minor offering sex trade. When you respond, it may amount to solicitation of a minor for prostitution for which you can be charged. The law seeks factual evidence on whether the person was transacting with a minor. Sometimes, the law may be lenient if the accused is not aware that the person on the other end is a minor. A minor sex crime lawyer can prove you not guilty by coming up with the best defenses.

SOLICITATION OF PROSTITUTION CHARGE IN VIRGINIA

In Virginia, solicitation of prostitution charges does not require the actual sexual contact to happen.

THE THREE ELEMENTS TO PROVE GUILTY ARE:

There may be instances where the law enforcement officers may conduct a sting operation, where they place fake advertisements for massage therapy, escorts, etc., and anyone responding to it could face charges. When facing solicitation of prostitution charges in Virginia, do not hesitate to contact a sex crime lawyer immediately.

THE LAWS IN VIRGINIA

It is a crime in the state of Virginia for the driver or owner of the vehicle, either with the knowledge or intent, to allow the vehicle for illegal sexual intercourse or other related purposes or to promote sexual activity or intercourse using such a vehicle. It is a violation and is subject to Class 1 misdemeanor charges. The adult violating the Code by promoting sexual activity or illegal sexual intercourse with a minor below the age of 18 can be charged with a Class 6 felony.

It is a crime to keep a person in a bawdy place or to live or visit a place for immoral purposes. It shall be a distinct offense to own such bawdy place, live, or visit. The bawdy place has to be proved under the section and any violation results in Class 1 misdemeanor. The bawdy place means a place inside or outside a building structure used for prostitution, assignment, or lewdness.

A person, taken or held for sexual activity or illegal sexual intercourse, persuading, encouraging or resulting in entry into a bawdy place or forcing a person into a place against their wish for the same purpose; or detaining or taking a person against their wish to compel by threat, duress, force or menace to marry a person or to any other person or defile; or parents, legal guardians or custodians giving consent to taking or detaining a person for the intent of sexual activity or illegal sexual intercourse; or taking, persuading, encouraging a minor into sexual activity or enter into a bawdy place for such purposes, is known as pandering.

HOW DO YOU PROVE SOLICITATION OF A MINOR FOR PROSTITUTION IN VIRGINIA?

There may be cases where the law enforcement officer can make a mistake in the entrapment arrest. An experienced sex crime lawyer specializing in sex crimes involving minors can work in your favor in the solicitation of minors for prostitution cases in Virginia. The entrapment usually happens in the nightclubs, streets, online, or massage parlors. The sex crime lawyer can use many defenses to fight your case involving minors and this includes entrapment defense strategies. If you are detained for solicitation of a minor for prostitution Virginia, contact the Law Offices of SRIS, P.C. Our sex crime attorney can plan your defense in cases involving minors with great care and caution.

THE SEX CRIME ATTORNEY IN VIRGINIA FOLLOW THE STRATEGIES HEREIN TO DEFEAT A PROSTITUTION CASE INVOLVING A MINOR:

When the case involves a minor, get in touch with The Law Offices of SRIS, P.C. for complete guidance and support.

In the Commonwealth of Virginia, the punishments for prostitution, illegal sexual activity or intercourse are specific and serious depending on the features of the crime.

A non-violent crime of the above nature results in a jail sentence of up to 2 years. The accused has to undergo HIV, hepatitis C testing, mental health analysis, and STD education. The test results are recorded by the State Department of Health and are informed to the accused.