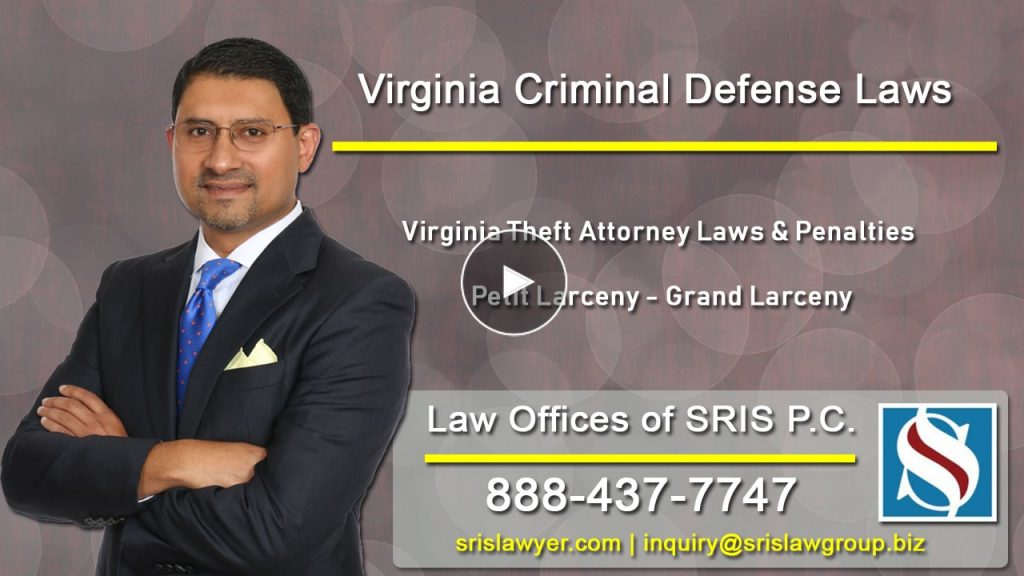 As stated by the VA code § 18.2-98., if an offender is convicted with theft by stealing a check, banknote, and/or any paper that represents money or passes as currency or contrarily, or any book of accounts concerning money and/or goods or merchandise that are meant to be delivered, then he/she will be punished in accordance with the law.

The punishment varies depending on the price of the stolen item. A class five felony will be issued upon a person if he/she is guilty of the theft of a mule, dog, pony, horse, calf, bull, steer, and/or cow, as stated by the VA code § 18.2-97. Also, and offender is convicted of larceny of any type of poultry such as swine, lamb, sheep, and/or goat that has a value under $500, and/or if they commit larceny on a poultry that costs between $5 and $500, then a class six felony shall be convicted upon them. A class six felony shall be faced upon a person if he/she fraudulently secretes, steals, and/or destroys any public record, or is a part of destroying the record, such as micro-photographic copy, as stated by the VA code § 18.2-107.

Moreover, a punishment of a class six felony shall be faced if a person, without asking of permission from the owner, takes, uses, or drives any type of boat, vehicle, vessel, aircraft, or animal, that does not belong to him/her, and he/she has an intent to temporarily deprive it from the owner from their control or possession, without an intent to steal it, as stated by the VA code § 18.2-102. However, a class one misdemeanor shall be convicted on a person that steals an aircraft, animal, vehicle, vessel, or boat that has a price of less than $500. Furthermore, any person whom is an accessory or party to, accomplices, and/or assists, the taking, using and/or the driving, then he/she shall be convicted with the same punishment as the main offender.

As stated by the VA code § 18.2-111., an offender is convicted of embezzlement if he/she disposes, fraudulently or wrongfully uses, and/or embezzles or conceals any money, draft, order of a check, bill, note, receipt, bond, a bill of lading, and/or any type of personal property that is either tangible or intangible, that he/she had received for another person or that is meant for his principle, bailor, and/or employer or delivered to him/her by another person or by any company, court and/or corporation, or by virtue of his/her employment, office or trust, or would have been trusted.

The Criminal record in Virginia after someone had been convicted of a larceny:

There are many consequences or penalties that could be inflicted upon an offender that commits theft. Firstly, a permanent criminal record will be one of the punishments that an offender will face. This will increase the difficulty of the offender to find a job and it could make him/her lose their current job.

If you need a Virginia Theft Lawyer to help you with your Theft case in Virginia, call us at 888-437-7747. Our Virginia Theft Attorneys can help you. C