However, a reckless driving conviction in Virginia could also have very serious consequences, of which the following are the main seven:

When convicted of a class six felony, the jail sentence could be from one to five years; however, Virginia law allows a judge to change this sentence to less than 12 months should he or she deem the case appropriate. 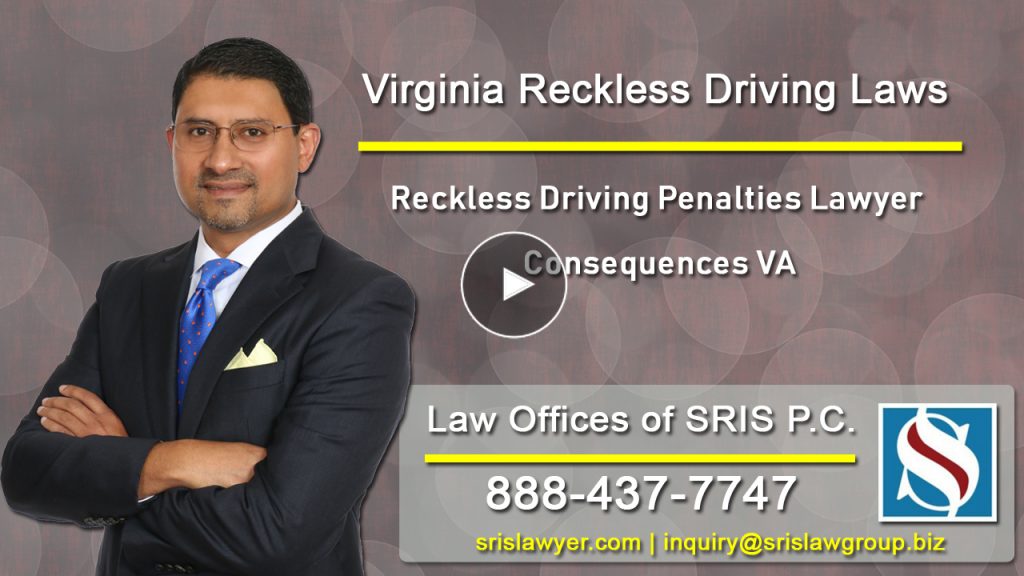 Tickets are other types of consequences that apply to reckless driving cases. The applicable amount differs from case to case, but could reach a maximum of $2,500. However, once again, a judge has the full right to reduce the amount of the fine or cancel the fine, which is usually not the case.

Virginia law applies a driver’s license suspension for a reckless driving conviction from ten days to six months. Reapplying for driving privileges is only possible after the suspension period is complete.

A reckless driving conviction is considered a six-point demerit offense that is recorded on a driver’s driving record and held for a period of 11 years. This can negatively influence the professional status of the driver.

A reckless driving conviction in Virginia causes applicable rates from insurance companies to increase. These companies could raise the rates or even cancel the policy which will force the driver to find another company to issue a new policy, likely with higher rates.

A reckless driving conviction and criminal history could have a negative impact during the employment verification or background check where the applicant could be denied employment, especially if the applicant’s job is related to driving , such as but not limited to Taxi Driving and Bus Driving.

When applying for a security clearance, a reckless driving conviction must be disclosed. It is up to the licensing agency whether the person will get the job or even keep it as a government contractor or employee. In any case, the issuance of the authorization could be refused especially in the case of a serious crime.

Additionally, a person accused of reckless driving caused by an accident could be sued in civil court by a person whose property was damaged or injured. Paying reimbursement for property damage or medical treatment costs caused by reckless driving will not make it easier if you are sued.

What is the difference between a speeding ticket and a reckless driving ticket?

Although speeding and reckless driving tickets can be very similar, in Virginia they are different in practice. It is of great importance that traffic law violators understand that the differences are the charges and that the penalties they face can vary significantly.

This difference between both terms leads to different punishments or penalties as well. Simply put, speeding is only punishable by a fine, while reckless driving is much more complex. Reckless driving can involve license suspension when the reckless driver faces a limited amount of time suspended from their license, for a larger sum, and/or jail time, depending on the severity of the recklessness. The severity of the recklessness is judged by determining other external factors that involve questioning whether other human beings have been injured or whether public or private property has been damaged.